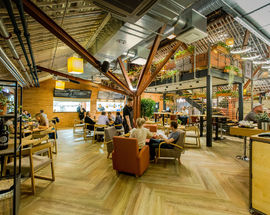 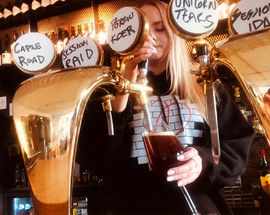 Long gone are the days when it was difficult to find beers of exceptional character or quality in Tallinn.

The city has truly embraced beer culture and now it's actually hard to find a decent bar that doesn't serve up great imports and local craft brews. Some, however, go the extra mile, if you happen to be a beer connoisseur check these places out.

One of the oldest bars in the Old Town, Hell Hunt has been serving its own locally-brewed and imported beers since 1993. Põrgu invites you to step down into the depths of hell in this cosy cellar bar with plenty on tap. For more of a German-style beer hall, visit Beer House or Beer Garden. Drink bar is a good stop for craft beer, and be sure to sneak out the not-so-secret passageway to the neighbouring Tuba Baar, serving a selection of Estonian craft drinks and spirits. Koht is a local favourite, with over 300 different beers and ciders to choose from. And if that’s not enough, pop down to the Tavern of 100 Beers, which as you may guess, also has a lot of beer.


Outside of the Old Town, the trendy Telliskivi and Kalamaja area has no shortage of hip beer bars to try, including Humalakoda, located on top of the Baltic Station Market and owned by the same people behind Hell Hunt. St Vitus is a popular haunt at weekends. Pudel Baar was one of the first beer bars in the area and continues to serve top-quality brews on tap and in bottle. And if you like to enjoy your craft beer beside some Nordic-inspired cuisine, be sure to visit KOMA.

The Rotermanni area also boasts a few places for beer lovers, including BrewDog and TapTap. Pööbel, located just outside of the Old Town, has a decent selection of local and international beers on tap, but it’s the cosy atmosphere that keeps us coming back. Just a short hike from the city centre, Põhjala Tap Room, located in the revived and thriving Noblessner Port area is certainly worth the trip. Ranked among the top 100 breweries in the world, Põhjala has taken the local craft brewery scene by storm. The spacious tap room boasts an ever-changing selection of craft beers, ciders, craft cocktails, and their bustling kitchen churns out some fantastic BBQ.