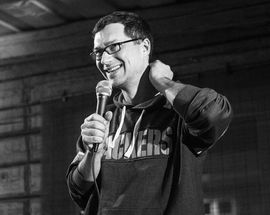 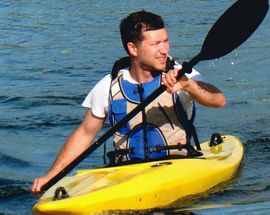 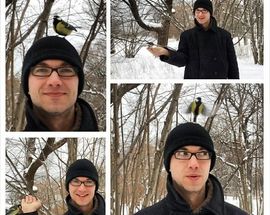 Over the last few years, Tallinn has increasingly become a destination for foreigners from all over the globe to lay down new roots. In our new series, we ask expats a few questions including their reasons for coming here and why they decided to stay. Each of them has a unique story to tell and we trust that whether you are merely visiting, or planning on making your stay in Estonia a longer one – you’ll find out something new or interesting about this increasingly multi-cultural Nordic State.

American-born Stewart Johnson is one of the founders of Estonia’s stand-up comedy scene. He claims to know the country inside and out, warts and roses.


What originally brought you to Estonia and where are you from?
Twenty-one years ago, a train originally brought me here, which is ironic because historically that is what took Estonians away. I’m from Wisconsin, in the Great Lakes region of the US.

What were the reasons that made you want to relocate to Estonia?
There were none. I’d planned on entering the Foreign Service, but after university I decided to visit again for a semester to learn more of the language first. Then, because of a bureaucratic mistake, I wasn’t allowed to leave for a whole year. After that I just kind of stuck around.

Did you experience or how much of a culture shock was it for you to move here?
After spending a year in France and being shocked at how tiny everything was, then returning to the US and being shocked at how huge everything was, I found Estonia to be that perfect glove. This was in the 90s though, when people called it the “Wild East”. With a degree in political science, I found the process of country-building to be fascinating here. Yet there was nothing to do! I learned Estonian by spending all day reading the subtitles on American TV shows, yet that wasn’t the only new language I learned—by watching the stereotypically non-talking Estonians, I quickly learned the language of Silence itself. If you want another beer, you stay silent. But if you do NOT want another beer, instead, you just have to stay silent.

What are some of your favourite spots in Tallinn?
At least once a summer, I get together with friends and spend the sunset on top of Linnahall, by the port district. This is an old Soviet monstrosity surrounded by up-and-coming and modern architecture. I love soaking in that contrast. I cannot name any one section of town though that would be better than any other, as there are so many hidden pearls. And yet my absolute favourite place to spend time is on my phone, silently talking with my Estonian friends.

How would you describe Estonia as a country, and Estonians?
Estonians like to point out that they are a small country, and that they have been invaded by everyone. In my opinion, these two things are precisely what make Estonia such an amazing country: their perseverance in remaining one people, and their unique blend of many peoples. Northern Estonian cuisine for example might boast a certain type of fish, whereas Southern Estonian cuisine for example might boast a different type of fish.

How is it to live here and does it feel like home now?
The winters could be a little colder here, and there could be a bit more snow (compared to my home state Estonia is a lot warmer), but I literally could not imagine living anywhere else in the world. Things just get done here, and with little complication or red tape. The food is great, you don’t have to shout in a restaurant to be heard, and the sunlight in summer more than makes up for what you might miss in winter. So yes, this is my home.