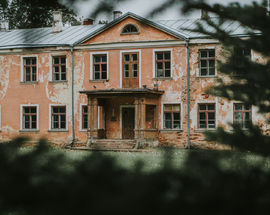 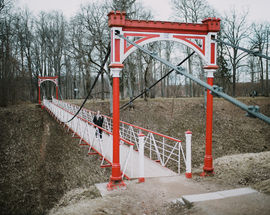 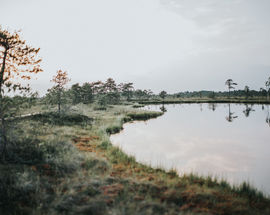 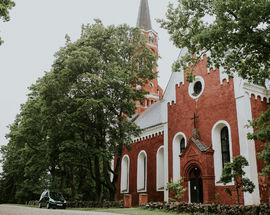 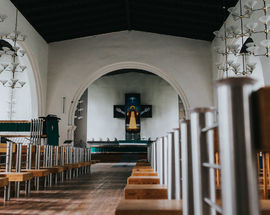 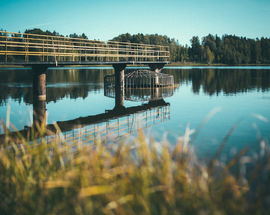 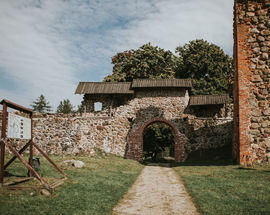 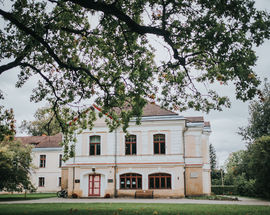 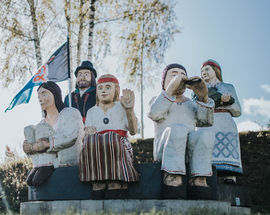 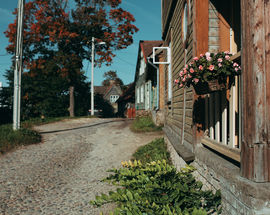 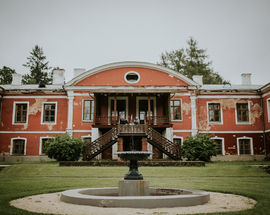 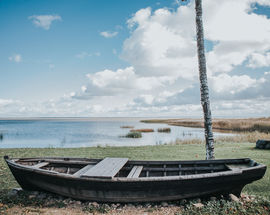 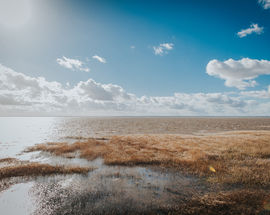 Medieval history, the biggest folk festival in the Baltics, mystical lakes, and giant bogs are just some of the sights and activities that await you in Viljandi County.

In medieval times, it was possible to travel from Pärnu to Tartu by boat and Viljandi Lake was on the way; a stunning castle and town began to form beside it, which is now known as Viljandi. Viljandi certainly takes the prize for most charming town in Estonia.

A 13th century castle founded by the Knights of the Sword overlooks a pristine valley and lake. The Hanseatic Old Town of Viljandi is a relaxed place, where time seems to move at a different pace. You can explore the castle ruins, wander through the many green spaces in town, admire the colourful wooden houses in the centre and learn more about Viljandi’s history at the museum. Viljandi is also home to Estonia’s only naïve and outsider art gallery, the Kondas Centre, which features the works of Paul Kondas (1900-85), as well as many other self-taught artists.

Get fit in May for the oldest running event in the Baltics. The annual Grand Race around Viljandi Lake allows competitors to choose their own course. If you happen to visit Viljandi in July, be sure to get a ticket for the annual Viljandi Folk Festival, which has grown into one of the largest folk music festivals in the Baltics.

Olustvere manor complex is one of the best preserved manor complexes in Estonia. Not only can you admire the various outbuildings, gardens and exhibitions, you can also try your hand at ceramics or glassblowing. A permanent exhibition of 150 miniature wooden horses can be seen in the stables. The figurines were carved by local craftsman, Voldemar Luht, who, throughout his life carved over 500. Nearby, in Lõhavere, is a monument dedicated to the freedom fighter Lembitu, who was the first Estonian to be mentioned by name in historical records. The monument sits at the foot of his old fort, which was founded at the end of the 12th century.

Lake Võrtsjärv is a mystical place. About 1.3km from the northern shore of the lake, you’ll find a sacrificial stone, known for its healing powers and the music that can be heard beneath it at night. Old fishing villages spot the coastline and offer a fantastic destination for a road trip. The Jõesuu recreation area was named as one of the 20 places for culture and nature enthusiasts to discover in Southern Estonia by National Geographic. These are marked by large yellow frames.

Mulgimaa, which is made up of the five historic parishes of Halliste, Paistu, Karksi, Helme and Tarvastu, have a fascinating history. The area once had its own language, and constitutes a descendent of the ancient county of Sakala. It has always been considered a wealthy area. The Mulgi people were among the first farmers to buy out their farms in the 19th century. Thanks to the rich farmland and era of flax cultivation, farmers were able to send their children to school and as such, many of Estonia’s brightest minds are from this area.

Soomaa National Park is a sight to behold, with giant bogs, stunning forests, rivers and meadows. It is best known for
the great flood or the fifth season when water from heavy rains and melting snow floods the roads. The park offers
many interesting trails and boardwalks to explore, including the Hüpasaare Study Trail, Kuuraniidu Boardwalk and
the primeval forest, Beaver Trail and Riisa Bog Trail, which is known for its soothing silence. Both Beaver and Riisa Bog trails are wheelchair and stroller accessible.

Verevi village, Elva parish
/tartu/Joesuu-Tourism-Farm_42978v
Open all year round, Jõesuu Tourism Farm offers fun and relaxation for the whole family. You can book a cosy cabin or room, or bring your tent or caravan for …
see more
Sightseeing