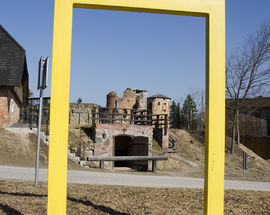 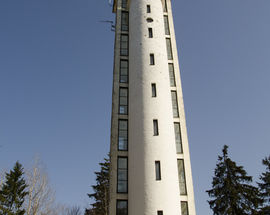 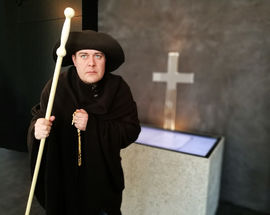 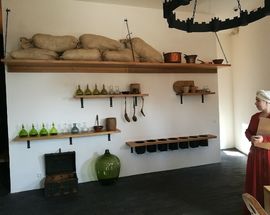 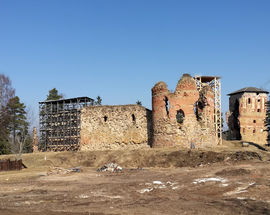 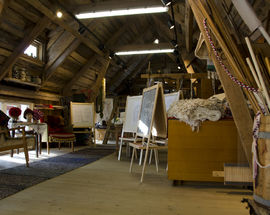 Located to the south of Põlva County, Võru County (Võrumaa) borders two different nations – Latvia and The Russian Federation, it also bisects the homeland of the Seto people. Another special aspect of Võrumaa is that it is one of the few places in Estonia that has its own unique language, although many Estonians consider it a dialect, it's actually a distinct Finno-Ugric tongue - actually more closely related to Finnish than Estonian in many respects. Võrumaa, is heavily forested, with large tracts of designated farmland as well. Much of the industry here is dependent on forestry and agriculture, and the county is also home to the Baltic's highest peak.

The capital of Võrumaa is naturally called Võru. It's rather a typical South Estonian city, quiet, cosy and relaxed surrounded by lakes, rivers and creeks. The nicely sized Lake Tamula situated to the south-west of the centre, is great for swimming or participating in various water-sports in the summer or skating in the winter. Here one can find the Fr. R Kreutzwald Memorial Museum, dedicated to the famed Estonian writer who penned the Estonian saga of Kalevipoeg, the country's national hero. Located just on the edge of the city is one of Estonia's most important military bases, the Taara Army Base many soldiers pass through here and various strategic 'war games' are held in the area throughout the year. The recently concluded and Estonia's largest ever war simulation, Operation Siil (Hedgehog), which included and coordinated many NATO troops, advanced weaponry, various emergency services, the police, firefighters, reserve forces and regular forces was primarily held in the county and surrounding areas. It was deemed a hugely successful peacetime operation.

As mentioned before, Võrumaa is home to the Baltic's highest peak – Suur Munamägi (Big Egg Hill). For those visiting Estonia from places with large hills and mountains, you may have noticed that this country is not as 'well-endowed' as, well, most countries on the planet. It is however a source of national pride that Estonia does require the biggest 'cup' for her egg and at 318m above sea level it is worth the climb to witness the beautiful, softly rolling hills and surrounding countryside. There's an 'Art Deco' observation tower at the top with a fairly basic café, at the base however is the stylish, cosy, and funky Suure Muna Café. Most ingredients are local, the dishes creative, the hosts are warm and friendly, and the atmosphere also suitable for kids. For those truly interested in getting back to nature, and there's certainly loads of it to discover in Võru County, 'mine metsa!' (head to the forest) and to the forest megaphones. Located in a beautiful fir-tree forest in Pähni Southeast of Võru, this spectacular project allows hikers and nature-lovers alike the chance to relax, rest and simply listen to the sounds of nature. One of the other pretty little towns in the county is Rõuge, surrounded by a hilly landscape and bisected with a river and a lake – Estonia's deepest at 38m. One of the main attractions is the large watchtower decorated with huge 'eagle-like' nests – perfected for surveying the surroundings, birdwatching and the like. For local art purchases don't miss a visit to Rõuge Art Shed. Just across the river and on the edge of the valley is the charming guest-house Ööbikuoru Villa where one can spend a romantic night, enjoy a traditional smoke-sauna, take a dip in the river and enjoy a lovely meal at their cosy restaurant.

The county is filled with manors, several fortress ruins and castles, not to be missed while in Võrumaa however, are the Vastseliina Episcopal Castle ruins. Built by the Livonian Order in 1342, it was an important and strategic hillside fortress guarding against attacks by various Russian empires throughout the centuries. Much of the castle was sadly destroyed or fell into disrepair over the centuries, especially during the Great Northern War by the advancing armies of Peter the Great. Several structures and outbuildings have either survived or been renovated, and one can still climb the main tower. Locals and visitors often do so at night – lighting a candle to add credence to their prayers or wishes. There’s a great museum and a medieval entertainment centre on-site, which details the castle’s history and showcases some amazing artefacts excavated on the grounds as well as offers up the chance to have a little fun dressing up as a pilgrim. In fact, a recent addition to the grounds, which carries on the traditions of times more ancient is the newly constructed Pilgrimage centre. Vastseliina was in fact a pilgrimage site after a miracle occurred in 1353 at the chapel, regarding a cross that miraculously came undone from the alter wall and remained in the middle of the altar itself unsupported. The pope himself issued a decree (the document still exists in Avignon France), declaring it a special holy place. Pilgrims can once again come to Vastseliina following the special pilgrimage route starting at Pirita Monastery in Tallinn. Registered pilgrims can stay as long as they wish in exchange for helping out with various jobs around the chapel and castle grounds. More info can be found at www.palverand.ee/vastseliina-episcopal-castle/.

An interesting fact: The Võru smoke sauna tradition is in the UNESCO Intangible Cultural Heritage of Humanity list. The tradition, known as “suidsusannakombõ” in the local dialect, is an important part of everyday life in the area.

Please visit www.visitvoru.ee for more information and sightseeing tips on the area.

All over South Estonia, there are large National Geographic yellow windows, perfect for taking photos of certain sightseeing objects, selfies at the locations or group photos. There are 21 to be exact, almost half of which are in Võru county and Põlva county. The project, “Living on the Edge”, originated in the Netherlands, and was realised through South Estonian Local Action Groups (LAGs), tourism entrepreneurs and “National Geographic” with the aim of bringing public attention to beautiful locations throughout South Estonia and is an important project for the country as a whole. You can find out more about the project, download a map and more at www.visitestonia.com