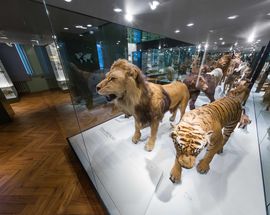 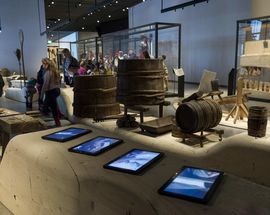 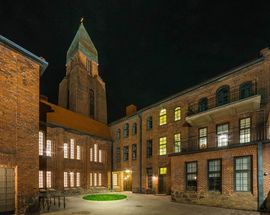 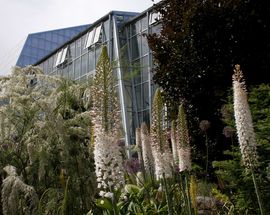 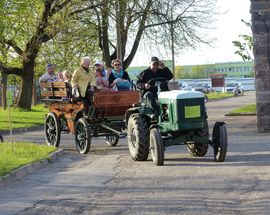 Tartu County boasts beautiful countryside and one of Estonia’s most important cities, Tartu. To the east, explore the relatively undeveloped sandy coastline of Lake Peipsi, one on Europe’s largest lakes, and learn about the Old Believers and visit their quaint lakeside villages.

Tartu is Estonia’s second largest town and is known for many things, including being the student capital. In the 19th century, Tartu was the cradle of Estonia’s national revival. For the best view over the city, head to the top of Toomemägi Hill.

Start your visit in the Town Hall Square at the ‘Kissing Students’ fountain. Admire the Town Hall and just a short walk away is the University of Tartu, which was established in 1632 and is one of the oldest universities in Europe. Tartu University Botanical Gardens was founded in 1806 among the ruins of Tartu’s Old Town wall and is the longest running maintained gardens in the Baltics. The University of Tartu Natural History Museum is Estonia’s oldest museum, which was founded in 1802. The museum is located in a building built in 1914 especially for the museum and the study of natural sciences. For a little bit of history, head to the KGB Cells Museums for a look what went on in these former KGB headquarters. If you want to learn more about the city’s history, then a visit to Tartu City Museum is a must.

No trip to Tartu is complete without a visit to the newly built Estonian National Museum (read also the feature). Both kids and adults will find plenty to do among the interactive exhibits at the Science Centre AHHAA and Tartu’s Toy Museum also offers something for every age where you can learn about the history of toys and take part in workshops.

For something a little different, stop at the Tagurpidi Maja (upside-down house) for a dizzying adventure. Everything is upside-down! The floor is on the ceiling, along with all the furniture. And just outside of town, in the historic Ülenurme Manor is the Estonian Agricultural Museum where you can learn all about rural life and agriculture in Estonia, or participate in a class like blacksmithing or woodworking. For more interactive fun, visit the Ice Age Centre where you can learn about nature, cultural heritage and the environment.

The positively eccentric districts of Supilinn and Karlova is where you’ll find the locals. Supilinn or Soup Town is known for its colourful wooden houses, and streets named after vegetables. Karlova is known for its quaint cafés and shops, as well as its ornate colourful houses. Visit the Aparaaditehas, an old Soviet era factory that has now been converted into a creative space for local artists, shop keepers, restaurants and events.

Lake Peipsi, the fifth largest lake in Europe, straddles the Estonian-Russian border. In summer, you can enjoy some of its quiet sandy beaches and endless roadside food stalls selling locally-caught smoked fish. Mustvee is the largest town on the lake where you will find an Old Believers Church dating back to 1927. The Russian Old Believers are an Orthodox sect who were persecuted for refusing to accept liturgical reforms in 1666. They took refuge on the western shores of Lake Peipsi and founded many small coastal villages, including Kallaste. Kallaste dates back to 1720. You can visit a cemetery and the sandy beach with small caves. Other points of interest include Kolkja where there is a green wooden church and Old Believers’ Museum.

You can read more about Tartu in our annual Tartu In Your Pocket Guide, available at the tourist information point at Tartu Town Hall, as well as online.

Muuseumi tee 2
featured
/tartu/estonian-national-museum_7641v
If there's one iconic, over-the-top, must-see tourist attraction in Tartu, it's this super-modern facility where you can learn anything and everything about …
see more
Featured
Museums

Raekoja plats 1A (Town Hall)
featured
/tartu/tartu-visitor-centre_7733v
Located in the beautiful, old Town Hall, the Tartu Visitor Centre is a full-service affair. It provides travel tips on all of Estonia, but of particular …
see more
Featured
Sightseeing

Pargi 4, Ülenurme, 7km from Tartu along Vőru road
featured
/tartu/estonian-agricultural-museum_42322v
Just outside Tartu is this sprawling outdoor museum set up on the grounds of what was the Ülenurme manor house. The museum explores every aspect of Estonian …
see more
Featured
Mid-range

Roosi 86
featured
/tartu/upside-down-house_153304v
Located just a hop, skip and a jump away from the Estonian National Museum and its dramatic structure, the Upside Down House will challenge your perception of …
see more
Featured
<< < 1 2 > >>

Student life: then and now feature
What to Buy feature
Shrove Tuesday feature
see more
Put our app in your pocket