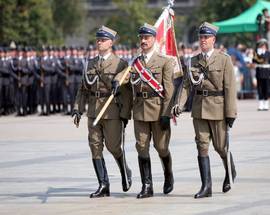 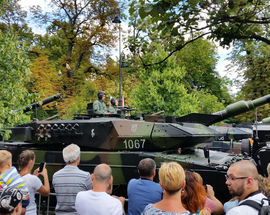 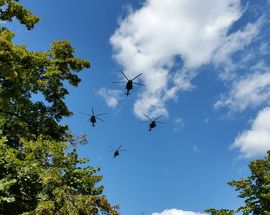 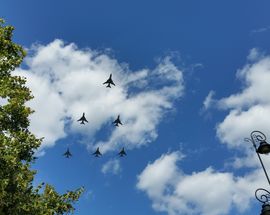 If you happen to be in Poland on August 15th you'll get to experience a sombre national holiday: Polish Army Day. The title sounds vague, but it commemorates the fact that Polish soldiers repulsed an attack from Soviet Cossack units in the 1920 Battle of Warsaw during the Polish-Bolshevik War. The Polish 1st Army resisted the Red Army’s direct assault on the capital, as well as the attack on the town of Radzymin 23km away from Warsaw. The success of the Polish Army in sending the Soviets packing is often called “the Miracle on the Vistula.” Naturally, this holiday didn’t exist while Poland was under communism, but in 1992 the Sejm created the public holiday to coincide with the Assumption of the Blessed Virgin Mary – a two-for-one holiday, if you will (Church and State together at last!).

In addition to celebrating past victories, August 15th is also a day of holy masses to honour those who died in battle, much like Memorial Day in the United States. Military cemeteries have ceremonies to commemorate the war dead, and in front of the Tomb of the Unknown Soldier in Warsaw the Changing of the Guard of Honour is celebrated with the participation of the highest State authorities. In Warsaw celebrations also typically include a speech by the President and parades on Aleje Ujazdowskie.
Monuments

Tomb of the Unknown Soldier

Pl. Piłsudskiego 1-3
/warsaw/tomb-of-the-unknown-soldier_18434v
The only surviving part of the destroyed Saxon Palace. The palace was constructed during the 17th century though the tomb was not added to the complex until …
see more