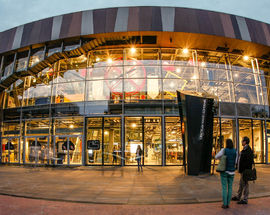 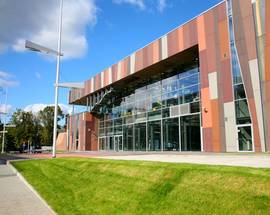 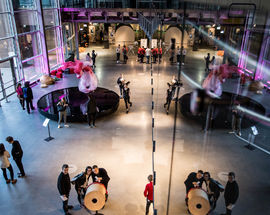 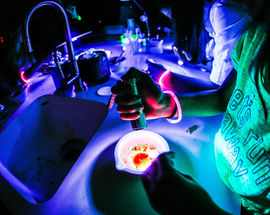 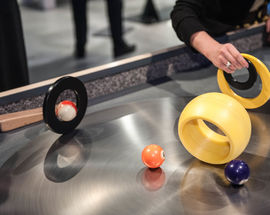 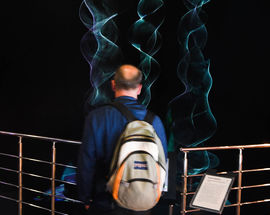 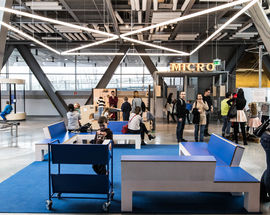 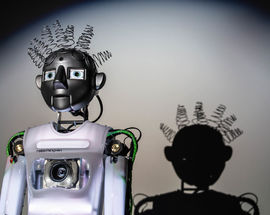 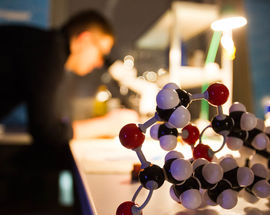 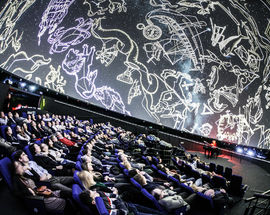 A rare example of European Union funding being used in a genuinely visionary way, the CSC is many things, including the very best science centre in Europe, one of Warsaw’s top tourist attractions, and - in the words of Poland’s then Education Minister shortly before the opening - an attempt to restate the case for science and research in what can still be an intensely and deeply religious country. In that sense, giving the centre the name of the man who did so much to end the church’s monopoly of education in the first place is little short of a masterstroke.

Arriving at the main doors of the stunning glass and steel building you will be met by the centre’s very own Robothespian - an interactive humanoid robot that visitors can prompt to make a number of sounds and movements (get him to sing the Sound of Music). Once inside, not only will you learn an awful lot, but you’ll have a blast exploring the museum’s numerous thematic areas spread over two floors, among them: 'Bzzz!' (aimed at kids under 5 years old), 'The Future is Today' (for young adults, opened November 5th, 2021) and the remaining section has combined previous exhibitions into an 'Experiment Zone'.

As with any science centre, each area demonstrates a range of phenomenon by way of experiments, button pressing, quizzes and in some cases physical exertion. There’s a genuine flying carpet, you can pilot a spaceship, take a picture of your own eye (and then try to recognise it among the others photographed that day) or - and this was our favourite - try to outdo animals at their own game by out-hanging an orangutan or beating a hippo in a race at the arena. There are also four interactive labs dealing with chemistry, biology, physics and robotics that offer supervised experiments for kids over 9 (available only in Polish, Tue-Sun, included in ticket price). In addition to all that, there’s the Planetarium of the Copernicus Science Centre, which immerses visitors in 20 million stars, and also screens films about natural science (imagine yourself diving into a volcano) and the origins of life on earth (separate ticket required, admission 2D: 27/19zł).

It’s easy to declare that the CSC is well-worth a few hours of your time and will impress you with its design and range of experiments. Factor in the main floor cafeteria, cafe, and the packed Science Store (potentially the best spot for children’s gifts in Warsaw), and it’s a one-stop day of fun. From the end of April until the end of October, the rooftop garden is open for visitiors to enjoy.

Getting to Copernicus Science Centre

The centre can be found in the shadow of the Świętokrzyski Bridge on the banks of the Wisła River. A journey to the CSC from the centre of Warsaw should take around 10 minutes. Buses 106, 118 and 127 will drop you at the Biblioteka Uniwersytecka stop, requiring a short walk around the corner to the unmissable building. Buses 102 and 162 will drop you at the 'Metro Centrum Nauki Kopernik' stop with the CSC clearly in sight - the easiest way to roll in is directly to the M2 metro line to the station of the same name. Alternatively visit the ‘About us’ section of the English language website www.kopernik.org.pl, where you can get directions by car, by bus, or by foot by typing in your address.

ul. Wybrzeże Kościuszkowskie 20
EDITOR'S PICK
/warsaw/planetarium-of-the-copernicus-science-centre_87059v
A trip to outer space is made simple at the Planetarium of the Copernicus Science Centre, which is tucked behind the giant Copernicu
see more
Editor's pick

ul. Wybrzeże Kościuszkowskie 22
EDITOR'S PICK
/warsaw/museum-on-the-vistula_151325v
The Museum on the Vistula is a branch of the Warsaw Museum of Modern Art, and the current site of all the institution's exhibitions while their new headquarters is being built on Plac Defilad (scheduled to open in 2023). Located on top o
see more
Editor's pick

Generała George’a Smitha Pattona
featured
/warsaw/vistula-river-boulevards_150911v
Head down to Warsaw's riverside and you'll find that Warsaw has modernised and improved its left bank dramatically in the last decade. The Vistula river boulevards (Bulwary Wiślane) flanking the Świętokrzyski Bridge and leading north to the
see more
Featured

So is that old science and technology museum in the Palace of Culture in Science now closed? I went there in 1998 with my father and felt like I'd gone back to about 1962. Had a great time looking at all the mechanical exhibits. After that we went to the viewing floor of the Palace.
Take your guide with you Download a pdf