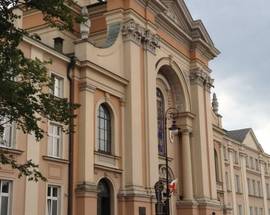 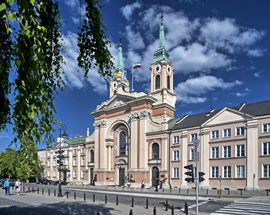 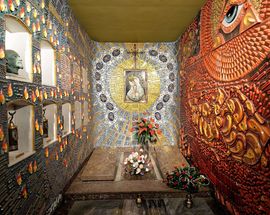 Comprised of both the St. Francis of Assisi Church and monastery and built between 1662 and 1663 by the Piarist friars, the extraordinary Military Cathedral, also known as the Church of Our Lady Queen of the Polish Crown, is the capital’s main garrison church. Having spent time as an Orthodox Church, prison, orphanage and a depot for German soldiers during WWI the church was reconstructed based on original 17th-century drawings after independence in 1918 and became the seat of the field bishop of the Polish Army. Again rebuilt after its destruction during WWII, the church is now decorated with a peculiar mix of religious and military artefacts, including a number of large oil paintings depicting the most well known of Poland’s battles and uprisings. Below the Cathedral this is also the Museum of Field Ordinance.

Warsaw: Then & Now feature
Kolejka: Line Up for One of PL's Best Board Games Arts & Culture
Enjoying the Outdoors in Warsaw feature
see more