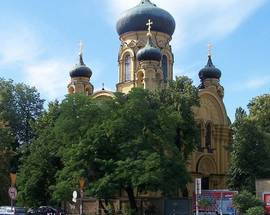 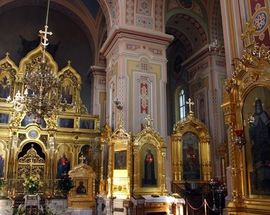 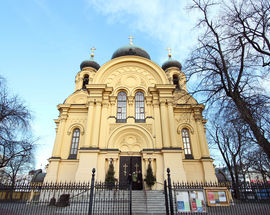 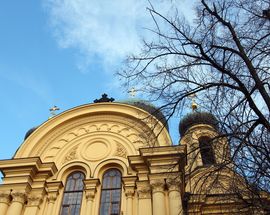 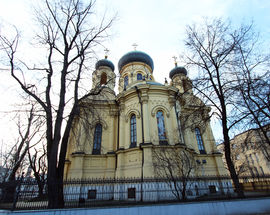 Constructed between 1867 and 1869 to a design by Mikołaj Syczew, St. Mary Magdalene’s was originally built for the large congregation of Russians living around Jagiellońska as well as people arriving from the East at the nearby Wileńska train station. Now belonging to the independent Polish Autocephaly Orthodox Church, this stunning, five-domed building features a breathtaking golden interior and some unusually cheerful abstract designs. One of only two Orthodox churches to survive a demolition campaign in the 1920s, it’s easily the best-smelling church in Praga thanks to the heavy burning of rich incense.