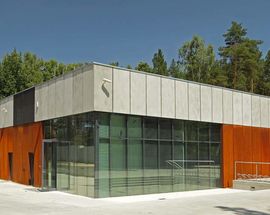 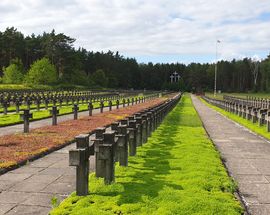 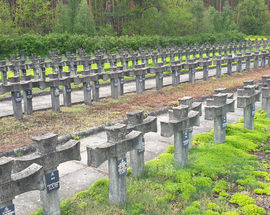 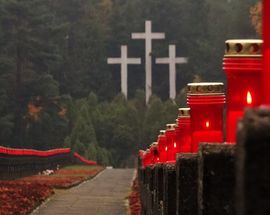 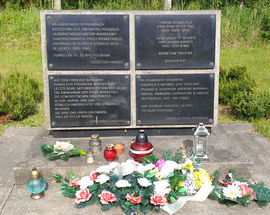 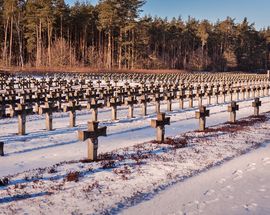 This highly recommended museum in the forest outside Warsaw significantly ups the standard for how a small exhibit can pack a huge punch. A bit of an architectural marvel itself, the Palmiry Museum has won several awards for its design.

First, a bit of history: during World War II the Kampinos Forest (where Palmiry is located) became a refuge for those fleeing the destruction in Warsaw (many Home Army soldiers regrouped in the woods). It also became the site for 21 separate mass executions performed by German soldiers against 1,700 Poles and Jews, many of whom were academic and cultural figures.

Inside this well-organised modern museum, visitors will see how the Poles used the forest for training and hiding weapons, and how the Germans turned their refuge into a killing field. Information boards clearly explain what happened in the forest (these are some of the best English translations we’ve seen) and displays include exhumed items like documents and photos, even sections of trees with ammunition still buried in their bark. A video re-enacts how German soldiers systematically marched civilians to their deaths, and the tour ends with an endless audio loop that reads the names of the victims. Outside visitors will see a giant cemetery of marked and unmarked crosses (the museum also describes the exhumation process that took place in the forest) dedicated to the victims. While the museum is mainly dedicated to what happened in the forests during World War II it also makes note of the fact that Poles have taken to these woods during the Kościuszko Uprising in 1794, the November Uprising in 1831 and the January Uprising in 1863.

Getting to the museum from Warsaw is fairly easy, though a little far. The easiest way is to take the Metro to Młociny Bus and Metro Station (end of the line) then catch bus no. 800 (operational in the summer months, weekends only), which will take you straight to the museum gate (stop 'Palmiry-Muzeum'). Alternatively, bus no. 750 from Młociny will get you to stop 'Palmiry', which is still 7km away from the museum (but as close as any weekday bus will get you) so unless you have a bike with you, we recommend a taxi service. For the bus journey, you'll need a zone 2/strefa 2 ticket. Depending on the time of day (peak/off-peak), buses run every 30-60 minutes, there and back.

With an average visiting time of only 30mins, a visit to the museum from Warsaw and back can be done in under 3hrs.

/warsaw/kampinos-forest_18401v
Immediately North West of Warsaw, heading to Łomianki, Kampinos National Park is the most accessible of Poland’s national parks. The entire area of the national park is 385km2, which is interspersed with
see more

/warsaw/kampinos-national-park_167884v
Immediately North West of Warsaw (just 20km, heading in the direction of the towns Łomianki or Truskaw from the city centre), Kampinos National Park is the most accessible of Poland’s na
see more

27.08.2016
Peter Strupp
Warsaw, Poland
Thank you for the information. There is so much of Polish history that needs to be understood by the West. More English language translations will help show tourists critical parts of Polish history.
Take your guide with you Download a pdf