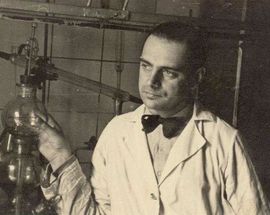 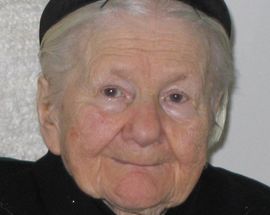 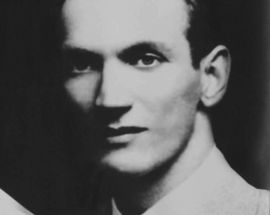 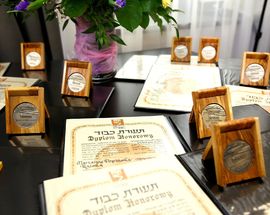 Sometimes it takes tragedy to create heroes. This is never truer than with the Holocaust, a black time where Nazi terror was answered with dignity and courage. Poland was at the forefront of Nazi terror, and the punishment for sheltering Jews was death. The policy was unique in the occupied territories, and ruthlessly enforced. Even so, it is estimated that over three million Poles actively helped Jews to survive and Yad Vashem has recognised over 6,600 Poles as being ‘Righteous Among Nations’ – over a quarter of the total number of awards, and more than in any other country. Below we detail some of the most notable Polish heroes who risked their lives to aid others during the horror of World War II.

In Rozwadow Dr. Eugeniusz Lazowski, a graduate of Warsaw University, is credited with saving approximately 8,000 Jews after putting his medical knowledge to use. Having injected the town’s Jews with a benign form of typhus he then informed the Nazis that an epidemic was at large. Terrified that it would spread, the Nazis quarantined the town and left it to its own devices. Known as ‘the Polish Schindler,’ Lazowski saved 12 ghetto communities in this crafty manner. “I was not able to fight with a gun or a sword,” Lazowski said. “But I was able to find a way to scare the Germans.”

In Kraków a gentile pharmacist named Tadeusz Pankiewicz was given special permission to remain in the ghetto and exploited this to lend aid to the Jews. Medicine and vaccines were distributed for free, and his pharmacy – now a museum – came to double as a centre of underground activity. Regarded as a hero, Pankiewicz’s role in the Holocaust is remembered in Thomas Kenneally’s epic Schindler’s Ark.

Another doctor, Irena Sendler, is credited with rescuing over 2,500 Jews from the Warsaw ghetto. Born in 1910, Sendler had a long history of sympathising with the plight of the Jews and was suspended for three years from Warsaw University after voicing her vociferous opposition to segregated benches and was active in the underground the moment the war broke out. Aided by her colleagues she forged over 3,000 documents to help Jewish families, and later headed the children’s section of Zegota – a secret organisation that was a ‘Council to Aid Jews.’ Using the fierce-looking court building on Solidarnosci as her bridge from the ghetto to freedom she smuggled countless children inside parcels and boxes. The children were then sent to live in convents and rectories, but not before she recorded their identities in a glass jar she kept buried at home. Her actions aroused the attention of the Gestapo, and in 1943 she was arrested, tortured and sentenced to death. A bribe from Zegota saved her life, but nonetheless she was left unconscious in a forest, with both her arms and legs broken. She was officially declared dead by the Germans, and spent the rest of the war in hiding. But even peace brought no respite; she was persecuted by the communist authorities on account of her wartime relations with the exiled government, and faced constant harassment. In 2003 Pope John Paul II sent her a letter praising her for courage, and later that year she was awarded the Order of the White Eagle – Poland’s highest civilian decoration. She died in 2008, though even now remains a target of hate for some; in July 2010 her grave was vandalised with the words ‘Jews Out.’

Finally, Jan Karski is remembered in the history books as the man who tried to stop the Holocaust. Born in Łódź in 1914, Karski’s photographic memory and fluent command of foreign languages caught the attention of the Polish diplomatic services, landing him prestigious posts abroad. With Europe gearing up for war Karski joined the horse artillery, with his unit captured by the Red Army. Karski avoided death in the forests of Katyń when he escaped from a train transporting him to a POW camp and headed to Warsaw to join the Polish underground. Realising the value of his remarkable memory his superiors employed Karski as a courier, a perilous position that involved crossing frontlines in order to swap information with allies. One such foray saw him captured by the Gestapo while crossing the Slovakian Tatra Mountains. He slit his wrists following an intense bout of torture, and was locked in a closely guarded hospital in Nowy Sacz. Determined not to lose their star courier a crack team of Polish troops broke him out and Karski resumed his duties. In 1942 he was chosen to undertake a daring mission to meet Wladyslaw Sikorski – Prime Minister of Poland’s government-in-exile – in London, the purpose being to reveal the extent of German atrocities in occupied Poland. To gather information he was smuggled into the Warsaw ghetto and given a graphic tour of the hunger and horror manifesting behind the walls. The experience proved so powerful that Karski later found himself questioning his own memory and decided a second visit was in order to convince him that what he had seen was real. This time, disguised as a Ukrainian guard, he infiltrated a transit camp in Izbica and witnessed random brutalities as well as cattle wagon transports leading Jews to the gas chambers. He successfully made it to England and was granted an audience with foreign secretary Antony Eden as well as Sikorski and the leader of the Jewish Bun. Maddeningly, his testimonies fell on deaf ears. In the following decades his attempt to stop the Holocaust was allowed to gather dust, and only came to public attention with the release of the 1978 epic film Shoah. He died in 2000, eight years after his Jewish/Polish wife, herself a Holocaust survivor, committed suicide.
Museums

ul. Wojska Polskiego 83
/warsaw/the-marek-edelman-dialogue-center_156115v
Located in the Survivor's Park (Park Ocalałych) in the northern part of the city in the district of Bałuty, the Dialogue Center, is na
see more
Museums

ul. Szeroka 40
/warsaw/jan-karski-bench_146092v
Next to the Remuh Synagogue you'll see a space set aside to the memory and legacy of Jan Karski - a member
see more
Murals

ul. Lubelska 30/32
/warsaw/jan-karski-mural_152856v
A mural dedicated to Jan Karski, created in 2014, to mark the 100th anniversary of his birthday. The work was created by young people form Poland, Germany and …
see more
Museums

ul. Dajwór 18
featured
/warsaw/galicia-jewish-museum_16507v
With the name 'Galicia' referring to the ethnically diverse northernmost province of the Austrian Habsburg Empire, which existed from 1772-1918 and extended …
see more
Featured