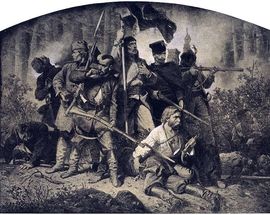 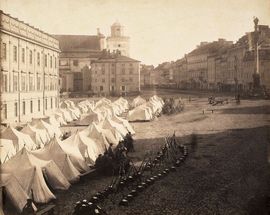 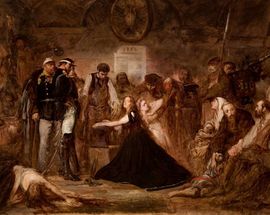 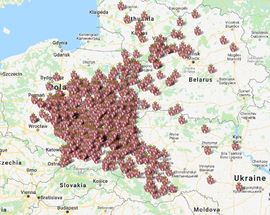 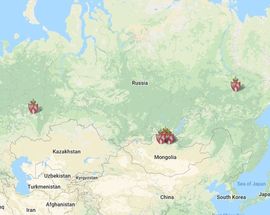 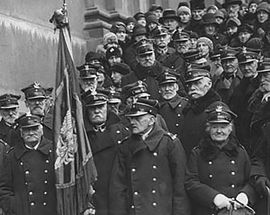 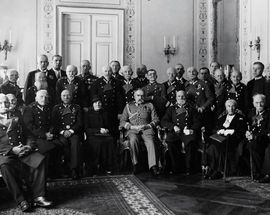 Just 32 years after the failed November Uprising, another national uprising would grip the territories of the former Polish-Lithuanian Commonwealth. Although the January Uprising of 1863-64 would ultimately go down as another failed attempt to overthrow Russian rule, the uprising itself was much larger in scale, and would last longer than all previous insurrections during the 123 years of partition. What's more, the impact on Polish society and the Polish psyche would prove great and impact events in Poland well into the 20th century.

Although Poles had never ceased to hope for the restoration of their fatherland, the mood across the former Polish lands began to change in 1860. Russia had recently been defeated by an allied force in the Crimean War (1853-56), which left the Imperial power economically and politically weakened. This gave hope to many that in its weakaned state, Poles could hope for some form of regained autonomy. There then began a series of religious and patriotic demonstrations, and resistance groups began to form, aiming to restore some form of Polish state. At this stage there was no unifying group, but two, with opposing ideas on how this reformed state should look. The whites, made up mostly of land owning intellectuals led by Andrzej Zamoyjski hoped to return to a pre-1830 constitutional status. The reds, consisting of peasants and workers, followed a more democratic approach, wishing to see a state which favoured their rights.

The first shots fired were in February of 1861 when Poles gathered in Warsaw's Castle Square in the Old Town to commemorate the anniversary of the 1831 Battle of Olszynka Grochowska (today on land around Warszawa Grochów train station, part of Praga-Południe). The Russians opened fire and killed 5 people. Perhaps a little spooked, wishing to quell any potential for spontaneous unrest, Tsar Alexander II declared a change to the style of governance be implemented. A hated figure, known for his Pro-Russian views, Aleksander Wielopolski was appointed the head of the commission for Religious Observance and Public Education, aiming to form a state council and self-governance for cities and towns. By now, tensions had already started to rise, and the changes did little to placate demonstrations. Over the course of the year more demonstrations were held leading to deaths, deportations to Siberia, and repressive measures being imposed on the populace. Martial law was declared in Warsaw.

Over the next two years, the resistance groups consolidated and in October 1861 the "City Committee" (Komitet Miejski) was formed and in June 1862 the "Central National Committee" (Komitet Centralny Narodowy) was created. The CNC was to prove an extraordinary body, which set the groundwork for a fully functioning covert state (something which would become a key feature in future Polish independence struggles) which even had functioning hospitals, schools, and one to which the people actually contributed to in taxes.

By 1863, the tension was thick in the air, and plans were set in motion to begin an uprising in spring of the same year. Wielopolski knew of the rumours, and decided to act to quell the rebellion before it could even begin. He began forced conscription into the Russian Army on the night of the 14th into the 15th of January, with many families in Warsaw hearing the soul shattering knocks on doors to take away men of military age from their families. This action had the complete opposite effect than intended and led to the insurgents feeling they had no option but to begin their insurrection early. And so it passed, the January Uprising began on 22 January.

What followed was a campaign that lasted for 1 year and 148 days, consisting of 2500 battles, most of which were won by  the insurgents employing guerilla war tactics. All this was to prove fruitless. Insurgent no.s started at the outbreak of the uprising stood at 10,000, with the ranks later rising to 20,000 and 35,000, however, all this paled in comparison to the 90,000 well-equipped and battle-hardened troops of the Russian Army. The insurgents were poorly commanded, often forming their own smaller groups and were poorly equipped (most often with war scythes). By the end of the campaign, Russian forces were nearer to 340,000, so despite individual losses, the numerical might of the Russian Imperial Army proved too much, as they could rebalance any numerical losses they had previously suffered.

Despite the odds being stacked against the insurgents from the beginning, it's the very nature of the uprising and its outcomes which have been remembered. From the outset, the uprising was not simply a Polish endeavour, but a multi-ethnic/national campaign, riding on the back of freedom movements across Europe, to fight against Imperial Russia. Lithuanians, Belarusians, Latvians and Ukrainians too fought on the sides of the peasants against the might of the Russians, all joined by volunteers from France, Hungary, Italy, and even Russia itself, who also brought much needed weaponry.

But the picture painted was not so simple. The peasantry were key to the success of the campaign, and the unfortunate reality was that many across the former Polish-Lithuanian commonwealth supported the cause, but did not wish to fight for the benefit of the landed gentry, nor too did some nobleman wish to fight for fear of losing more of their lands. By the time unity was provided in the form of Polish general Romuald Traugutt taking the lead in late 1863, his promise to grant peasants rights to the land they worked was too little too late, and the uprising's chances of success were already severely dented.

By April 1864, many of the uprising's commanders, including Traugutt, had been arrested and imprisoned in Warsaw's Citadel, where they were later executed. Severe reprisals by the Russians are what ultimately led to the uprising's end. During and after the campaign, roughly 80,000 Poles were deported to far flung regions of Russia, which instilled fear in the general populace. Many others fled to become the new wave of Polish emigres, many settling in Paris. 396 people were executed for their part in the uprising, many at the Warsaw Citadel. The uprising was well and truly over, and the consequences were dire. Polish institutions were abolished, the Polish language was no longer to be taught in schools, and all Poles in senior administrative roles were replaced by Russians. Serfdom was abolished and many Polish szlachta (gentry) had their lands confiscated, which had a major impact on the already struggling peasantry. Poland was to be no more.

At least that was the intention. The effectiveness of the secret Polish state led to a template on how to organise effective covert resistance, which would prove effective again in later struggles. The result of Russian reprisals led to the growth of the "organic work" movement, aiming to nourish the notion of a Polish state through cultural and economic means. All this of course would help the Polish cause in the future, but then a set of global geo-political events in the early 20th century led to World War I, which in the aftermath, resulted in the re-emergence of an Independent Poland after 123 years of being absent from the maps of the world...
Places of Interest

ul. Skazańców 25 (entrance from ul. Wybrzeże Gdyńskie)
/warsaw/the-warsaw-citadel_18415v
First off a tip. The entrance to the Citadel is on Wybrzeże Gdyńskie and is not that easy to find. Once you get there you discover a complex built in the wake …
see more
Museums

Al. Jerozolimskie 3
/warsaw/polish-army-museum_18439v
The chronological history of the Polish army is presented in a series of gloomy rooms. Suits of armour, crossbows, muskets, medals and paintings pack this …
see more
Cemeteries