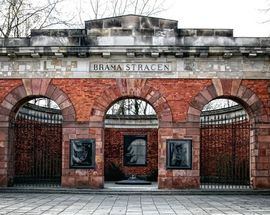 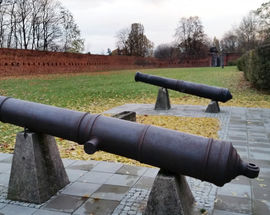 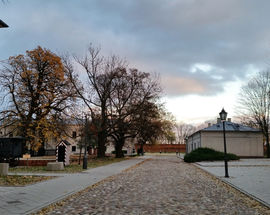 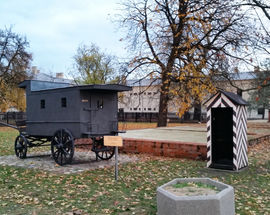 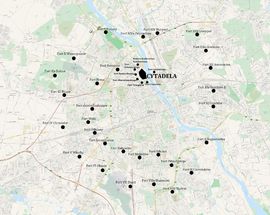 First off a tip. The entrance to the Citadel is on Wybrzeże Gdyńskie and is not that easy to find. Once you get there you discover a complex built in the wake of the 1830 November Insurrection, and commissioned by Tsar Nicholas I to serve as a fortress for the occupying Russian garrison - and as a political prison and execution ground. Housing as many as 16,000 troops, the main purpose of the citadel was to deter and quash any patriotic movement within the city. Of the 40,000 prisoners who have passed through its gates, familiar names include national hero Józef Piłsudski, communist agitator ‘Red’ Rosa Luxembourg and Feliks Dzierżyński - the monster who would progress to become head of the Russian secret police. As well as being a supreme example of 19th century fortress architecture, the 36 hectare site has several points of interest with the newly opened Katyń Museum in the South wing leading the charge and the modern art Galeria Brama Bielańska in the North Wing (open Wed-Sun 10:00-17:00). The labyrinth of tunnels and prison cells have been well preserved and contain numerous exhibits, including paintings, prison relics and firearms. A permanent exhibition entitled The Painting Gallery of Aleksander Sochaczewski is also available. Outside find a Nazi bunker dating from 1940, a symbolic cemetery, and The Gate of Execution. It’s here on the nearby southern hillsides of the Citadel that Polish heroes like Traugutt were executed in front of a crowd of 30,000 in 1864.

Average visiting time for the fort itself (not including Katyń Museum and Galeria Brama Bielańska): 1-1.5hrs.

ul. Jana Jeziorańskiego 4 (entrance from Nowomiejska gate)
featured
/warsaw/katyn-museum_18418v
The Museum was created in 1993 but in 2015, it relocated to its current site in the impressive Warsaw Citadel and the permanent c
see more
Featured

Al. Szucha 25
/warsaw/former-gestapo-hq_18438v
Every bit as disturbing as Pawiak is the former Gestapo HQ, found on Al. Szucha 25. Built between 1927 and 1930, the building's original purpose was to serve as a ce
see more

ul. Dzielna 24/26
/warsaw/pawiak-prison_18437v
Built in the 1830s to serve as a Tsarist prison, Pawiak came to the fore during WWII when it slipped into the hands of the Gestapo. During the Nazi occupation it became the largest political prison in Poland and saw over 100,000 inmates pass through i
see more

Katyń: More than a Museum feature
The January Uprising (1863-64) feature
Miracle on the Vistula! The 1920 Battle of Warsaw feature
see more

The entrance to the Citadel is actually on Wybrzeze Gdanskie street which is unfortunately just off the map we publish in the guide. And the military equipment is actually outside of the military museum which forms part of the Citadel complex. The review has been made clearer to show that. Thanks for the tip.
14.01.2008
George Szwejkowski

I found the entrance difficult to find. My taxi driver, with sat-nav had the same difficulty. Once we found the correct entrance it was quite difficult to identify the right door. Once inside I found the staff very friendly and helpful, although not a word of English between them.I enjoyed the displays and it helped to have a smattering of Polish history to make sense of it all as there was very little written in English. I could not see any military hardware outside - perhaps it has now been moved to the military museum.
Take your guide with you Download a pdf