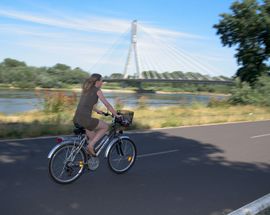 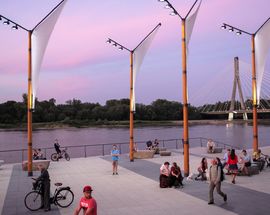 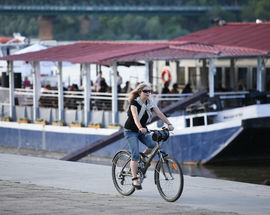 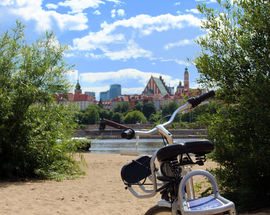 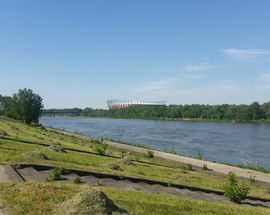 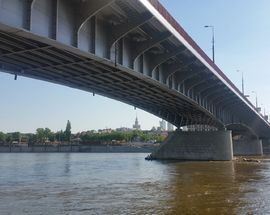 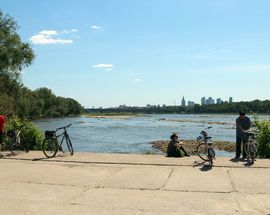 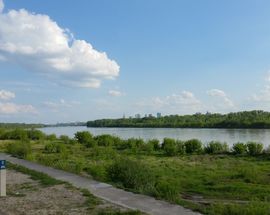 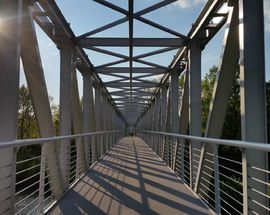 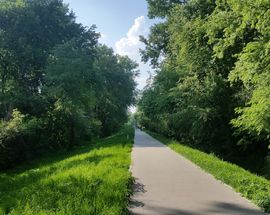 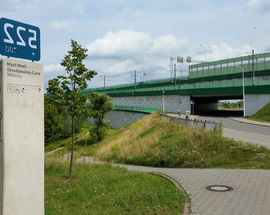 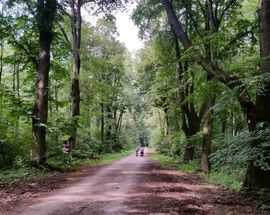 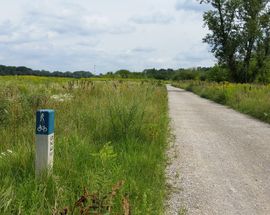 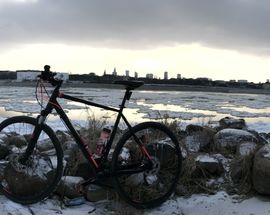 Riding a bike around Warsaw, you could be forgiven for not realising that in the recent past it was nowhere near as easy as it is today. For starters, the extent of bike paths around the city, though still with flaws here and there, is a huge improvement over what was on offer say 10-15 years ago. In the early days of introducing cycle lanes, it wasn't out of the ordinary to be riding happily along, only to find yourself at a dead end, or worse, unexpectedly thrown right in amongst traffic, like coming out of an F1 pit stop. Teeeeechnically, this can still happen, though not as much now as days gone by. Today, riding around Warsaw, you have the benefit of 530km of tracks, ranging from cycle lanes, paved paths and wild trails, all within one city. Things are much better, and we love riding our bikes around the city. So what can we suggest to you?

It may seem like the obvious choice would be to highlight one of our favourite trails for you to follow in the city, however, so big is the extent of the network in Warsaw, that the unique factor is not going for one specific trail – they are all linked. In one day, you can easily ride around the city wherever you like and within minutes switch from riding around city centre cycle lanes to the charming Vistulan Boulevards, and again, very quickly change to dirt tracks which hug the riverside, and take a rest on a beach – yup, it's that easy, and you can definitely see a lot even within a couple of hours.

So, rather than take you on a tour of our 'favourite' trail (no such thing exists, there are too many!), for you, avid travellers, we'll give some key information which can help you decide where you'd like to take your wheels for a spin.

Top tip: Use the bridges. The city has quite a few of them covering the southern and northern districts, and the best thing is they are all only a few hundred metres apart, all with cycle lanes. Now, the key to using the bridges, is that all tracks are linked up, meaning you could ride loops around the city, from the left-bank, to the right, in the centre, in the south or even in the north – wherever you please! Everyone's tastes are catered to; from those only wishing to leisurely ride around and see the sights in the immediate comfort zone of the city centre, to the more seasoned bike junkies among you trying to number crunch the km count.

Now for tip no.2: Knowing about the extent of the cycle network may be all dandy, and you're quite taken by the idea of seeing the sites on a bike, but you're only here for a short time and don't have easy access to a bike, so what to do? Step up Warsaw City Bike! The public bike rental scheme run by Nextbike, using the name 'Veturilo' in Warsaw, was started in August 2012 and has grown each year, in both popularity and the size of the service. Creating an account and getting a set of wheels couldn't be easier - it literally only takes minutes (either online or via their bike station terminals). Since its introduction, over 550,000 people have used the system accounting for over 11 million bike rentals. What's the key to its success? Well, the city's extensive cycle lanes are a start, so too is a want for people to cut down on their carbon emissions, but undeniably, it's the affordability, ease of use and fun of it all that are the key factors.

Now, you have your bike, so where do you go? You can choose any Warsaw Park and enjoy a pleasant, stress free trip (Pole Mokotowskie has a great network of pedestrian and cycle lanes). If you want to see some riverside sights (and why not, it is after all where half the city goes to hangout during the warmer months), then head straight down to the Vistulan Boulevards; from here, you can choose to head north to forest trails in Młociny Forest, or head south, where there are plenty of food trucks and bars to enjoy. [Point to note: Don't ride a bike whilst under the influence of alcohol as in Poland, like in most of Europe, it is treated the same as driving a car under the influence – a big no, no!]

For those wishing to spread their wings a bit more, riding on the wilder east side of the river is a fantastic choice – from the Rusałka Beach (next to La Playa), you will be rewarded with a stunning view of the Old Town across the river.

The city's west-bank riverfront has long been developed by authorities with the eastside traditionally remaining wild. With a mix of dirt and paved trails, avid bikers can travel from as far south as the Siekierkowski bridge, going further south outside Warsaw to towns like Konstancin; or, with a spin of the compass, to Warsaw's northern-most Maria Skłodowska Curie bridge, and then beyond city limits to see a palace in the town of Jabłonna, or (for the true bike freaks amongst you) even as far north as Modlin Fort in the town of Nowy Dwór Mazowiecki thanks to a recently opened foot and cycle bridge over the Żerań Canal linking the Praga and Białołęka districts. Regardless of where you choose to go, there are plenty of chill out spots, such as official beaches, to the more wild shoreline areas, just to stop, relax, and glance at the city views from afar.

We've given you tips, and we've even given you some trail recommendations, so really, there's no excuse not to enjoy more of the city by bike – you'll see more in much less time, the views are great, and most importantly, you'll have fun – what's not to like?

EDITOR'S PICK
/warsaw/veturilo-public-bike_105056v
Warsaw has cemented its big-city credentials by having a city-wide bike rental fleet, and the numbers are impressive. With over 300 stations (including 11 …
see more
Editor's pick
Parks

/warsaw/pole-mokotowskie_21135v
Penned in by the districts of Mokotów, Ochota and Śródmieście this park represents prime real estate, and right now much of the land is subject to sky-high …
see more
Outdoor Attractions