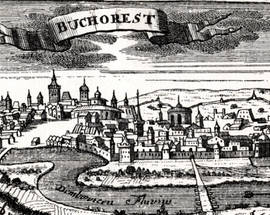 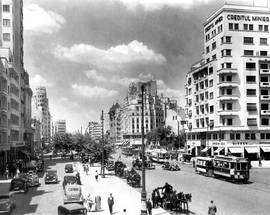 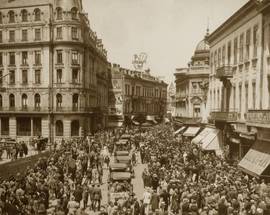 Bucharest is a relatively new city: mention of it is not made until 1459, as one of the residences of Vlad III (the Impaler), ruler of Wallachia. The exact origins of the city are therefore unknown. Folklore has it that a shepherd, Bucur, founded the city, but a more likely candidate is Radu Voda (also known as Radu Negru), ruler of Wallachia from c. 1290-1300.

It was under Vlad the Impaler that the city grew to any real size, when it became the preferred site of the Wallachian court. This was based in what is today known as the Old Town, around the Curtea Veche. The city was sacked for the first time in 1476 by the Moldavian ruler Stephen the Great (Stefan cel Mare), and again by the Turks in 1554. During Mihai Bravu’s uprising against the Turks in 1594, Bucharest was all but destroyed in heavy fighting. It was not until the reign of Wallachian prince Matei Basarab in the 1640s that the city fully recovered, and the princely court rebuilt. Sacked again in 1655 (by the Transylvanians) Bucharest suffered plague and famine for much of the rest of the 1600s. 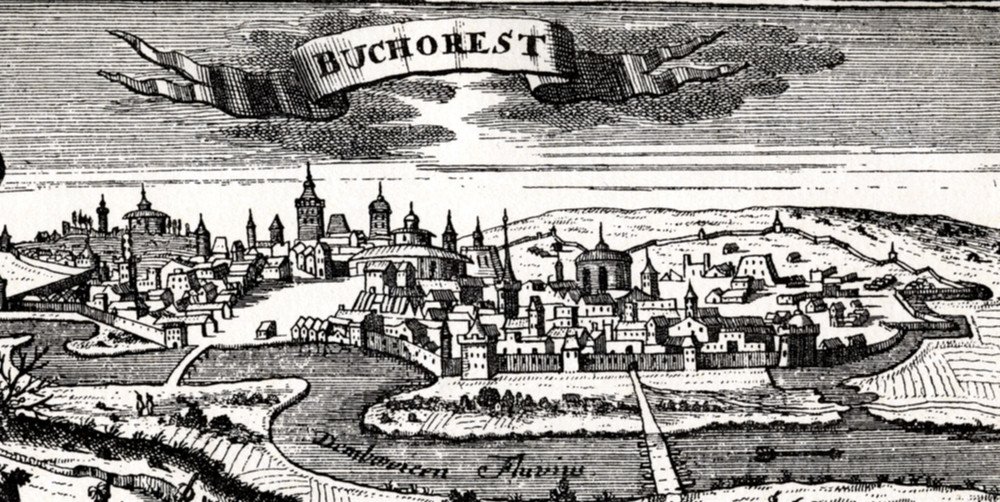 It was the accession to the Wallachian throne of Constantin Brancoveanu in 1688 which changed Bucharest’s fortunes. Brancoveanu negotiated alliances with the Hapsburgs and Russians - keeping the Turks at bay - while overseeing a cultural renaissance at home. The Turks finally got the better of Brancoveanu in 1714: ordered to Constantinople to account for himself he was beheaded by Sultan Ahmed III. No longer trusting local Wallachian princes to serve their interests, the Turks instead appointed a long line of Greek administrators to rule the principality. Known as the Phanariots (they came from the Greek district of Constantinople, Phanar) they would rule over Bucharest until 1821. During this time the city grew in size and importance, despite regular disasters: there were major earthquakes in 1802, 1804 and 1812, while plague returned in 1813-14, during which as many as 40,000 people died.

While still nominally a Turkish province, the Peace of Adrianople which ended the Russo-Turkish war of 1828-9 left Wallachia (and Bucharest with it) under Russian occupation. Fortunately, the general the Russians appointed to govern Bucharest, Pavel Kiseleff, was an enlightened man who during his 14 years in charge of the city (1829-1843) oversaw sweeping changes.

In January 1859, at the Hotel Concordia on Strada Smardan, Wallachia’s nascent parliament elected Alexandru Ioan Cuza as the principality’s new ruler. Given that the Moldavian parliament had elected the same man to be their leader a few days before, the vote at the Concordia in effect created the first state of Romania. Bucharest grew - and flourished - during the reign of Carol I (1866-1914), Romania’s first king. Electricity was introduced in 1882, and the city hosted a grand exhibition, Romania in the World, in 1906. The Carol Park in southern Bucharest was built to host the fair.


During the 1920s and 1930s Bucharest was one of Europe’s most architecturally avant-garde cities. Large numbers of art deco buildings were constructed around the city. The 1930s were also a time of great poverty and of fascism: the unspeakably evil, sinister Legionnaire movement roamed the streets killing Jews and anyone else they took a dislike to. 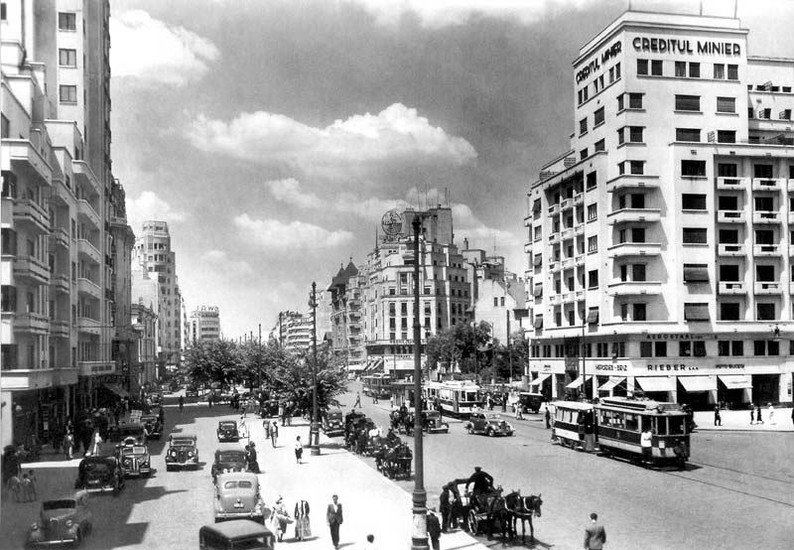 Bucharest was heavily bombed during the latter part of World War II, but in comparison with much of Europe the city emerged from the war relatively unscathed. The communist authorities installed by the Soviet Union at the end of the war therefore initially made their mark not by rebuilding the city but by greatly extending it. Huge housing estates (the largest being Titan) were built. The population of the city doubled from 900,000 at the end of World War II to 1.8 million in 1980. 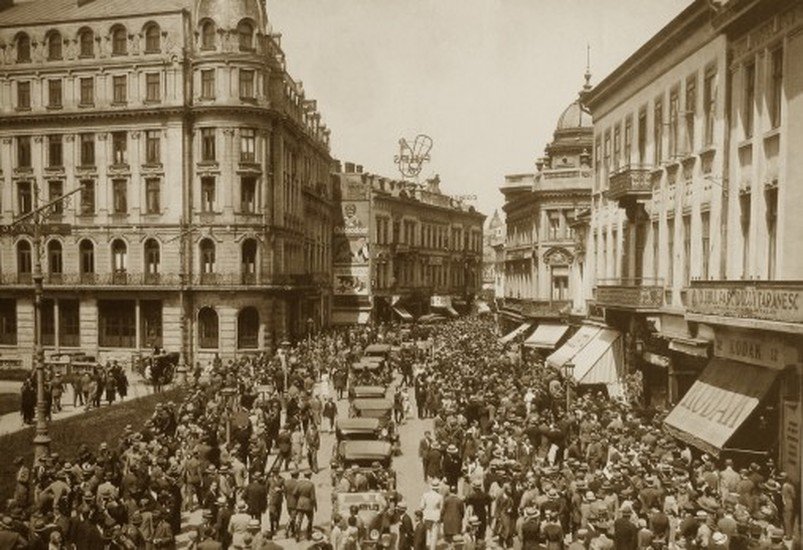 In 1977 the biggest earthquake in the city’s history killed more than 1,500 people, including Toma Caragiu, at the time the most popular actor in the country. Many buildings were destroyed or damaged beyond repair, and Romania’s leader Nicolae Ceausescu took the opportunity to remodel the city in his own vision. By 1989 almost a fifth of Bucharest had been destroyed to make way for the new Centru Civic. Bucharest was the scene of the heaviest fighting during the Romanian Revolution of 1989, most of which centred on Piata Revolutiei, Piata Universitatii, the TVR building and Otopeni Airport. Since the revolution Bucharest has continued to grow, although much of that growth has been outside the city limits. The population of the city proper in fact peaked in 2000, at 2.3 million: it is officially now down to 1.83 million.

Bucharest Metro Challenge feature
So where am I exactly? feature
Top Romanian Places You Can't Miss This Summer feature
see more
Put our app in your pocket