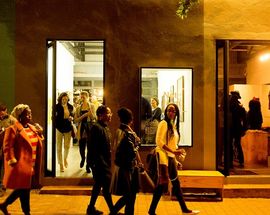 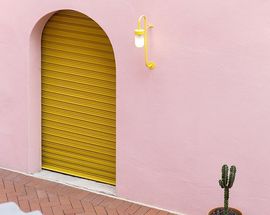 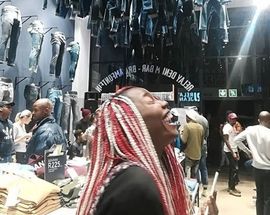 On the first Thursday of every month in Joburg, you can look forward to contemporary art, live music, DJ sets, poetry, performance art, pop-up bars and more in one of the city’s two art districts – Rosebank and Braamfontein, as part of the First Thursdays event.

Major First Thursdays hotspots in Braamfontein usually include Reserve Street (home to The Forge arts venue and The Artivist bistro-bar and live music venue), Wits Art Museum, The Grove square with its many bars and cafes and the always buzzing area around the corner of De Beer and Juta Streets.

Highlights of the February edition of First Thursdays Braamfontein include:

First Thursdays at Wits Art Museum (WAM)
At the first edition of First Thursdays for 2020, WAM hosts a panel discussion with four speakers reflecting on the legacy of the late Joburg artist David Koloane. Koloane became a household name in the South African art world and helped launch Joburg's Bag Factory Artists Studios in 1991, a place that became a hub for social activism and which allowed previously marginalised black artists to flourish. The museum is currently hosting an exhibition that looks back over Koloane's impressive career and the discussion centres around how Koloane's trailblazing work influenced today's young South African artists.
Admission is free, the discussion starts at 18:30.

Puma Select Sessions
Join uber-cool concept store Puma Select as they kick start the first First Thursdays Braamfontein of 2020 with an evening mixing music, fashion and pop culture. This month's Select Sessions is led by DJs Punk Mbedzi, Matt Suttner, Ronald Adlai, The Rudeman and Daniel Ray. The Puma Select Sessions are well known for introducing new rising talents to Joburg audiences and are a great place to spice up the weekend early while discovering new music. Even better, the event is also free. The party takes place at Dassler's, Puma Select's hip, hidden courtyard cafe (access via the Puma Select shop at cnr Melle and De Korte Streets).​​
Admission is free, but advance booking online at the Puma Select blog is essential.

/johannesburg/braamfontein_122661v
One of Joburg’s most vibrant examples of inner city regeneration, the student district of Braamfontein (or simply ‘Braam’ as the locals know it) is defined by …
see more