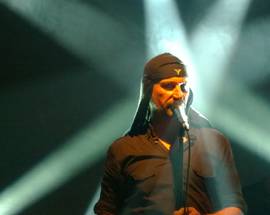 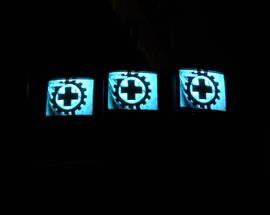 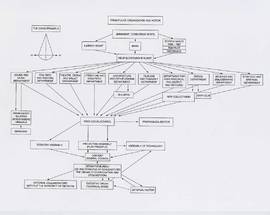 Much like France Prešeren stands tall over the history of Slovene literature, one band stands tall over its musical history. Their name is Laibach, and they are one of the most controversial bands to emerge from Europe in the past forever.

Following the death of Maršal Tito in 1980, Slovenia led the way in Yugoslavia with regards to opening up to modern ideas and allowing little slithers of youthful protest and antagonism to filter through. At the forefront of this was the artistic group known as Neue Slowenische Kunst (New Slovenian Art), the music wing of which was a band called Laibach, formed in Trbovlje. We use the term band in the most liberal of ways, as they were more ideology than music to begin with. Even taking the name 'Laibach' was a clear act of protest. Laibach is the German name for Ljubljana, and was used during the Hapsburg and Nazi occupations. It was a not-so-subtle act of defiance, blatantly anti-Yugoslavia.

The entire aesthetic of Laibach was something of a parody of the ruling communists. They set out their stall with a ten commandments of sorts, titled the '10 Items of the Covenant'. The covenant covered such things as the members renouncing their individuality in favour of the collective and excluding any evolution of an original idea. The first gigs that the band played were titled 'ideological offensives'. After a couple of these however they were immediately banned from making any public appearances, and the name 'Laibach' was erased.

Their early music was in the Kraftwerk mould, all abstract soundscapes, beats and repetitive loops. After the banning, they disbanded for a bit due to mandatory military service. A reunion tour of sorts came in 1982, as they played gigs in Zagreb, Belgrade and Ljubljana, vocalist Tomaž Hostnik taking a bottle in the face at the Ljubljana gig. They frequently garnered mixed reactions from crowds, inspiring either faith in a better future or sheer unadulterated vitriol. Tragically Hostnik hanged himself in December 1982, leaving behind ‘Apologija Laibach’, considered by many to be a suicide note of sorts. The show went on though, and a new line-up was formed, Laibach returning in April 1983. Bootlegs were released and an underground myth began forming. By now, the government had absolutely no idea how to deal with them, and after a gig in Zagreb where the band used pornographic footage as the backdrop they were banned once more. They expanded throughout Europe to play some arts showcases in the United Kingdom and Germany, and their avant-garde niche was found. The west found their use of totalitarian imagery practically irresistible and their dissident status in Yugoslavia certainly didn’t hurt.

As the years of the 1980s flew by, Laibach's music took on a more industrial rock-orientated sound. A session with the legendary John Peel was recorded in 1986, before they released possibly their two best-known records in 'Opus Dei' and 'Let It Be' in 1987 and 1988 respectively. In these albums, they remixed rock classics into an industrial disco stew that was equal parts deathly serious and vitally hilarious. The song 'Life is Life' saw them chart in the UK singles chart, believe it or not. Their momentum increased when they wrote and recorded the soundtrack for a production of Shakespeare's 'Macbeth' in Hamburg in 1989. By now their dissident status in Yugoslavia was rescinded, which mattered little as their popularity exploded.

From then, the albums just kept on coming. Slovene independence came in 1991, which coincided with the 10-year anniversary of Laibach's birth. They continued to release albums that consisted of mostly covers, which naturally evolved into reworking older musical pieces, such as the national anthem of the United Kingdom and other nations. Classic songs from the Beatles, the Rolling Stones and many more were covered in a style often unrecognizable to the original. They've covered Rammstein, Morbid Angel and god knows whom else.

Despite the wonder of some of their music however, it will always be the aesthetic and ideology of Laibach that takes centre stage. Outside of music they have worked in various other media, most frequently in the production of visual art. Their output can only really be described as radically ambiguous, as they've frequently taken on the mannerisms and imagery of their enemy, only to exaggerate it to the point of parody. To say they are easily misunderstood is an understatement. It's almost become overly cliché to misunderstand the message and aesthetics. They have been accused of being fascists on way too many occasions to mention. Of course, they respond with typical ambiguity;

'We are fascists as much as Hitler was a painter'

No artistic entity made as much of an impact on the new optimism of post-Tito Slovenia as much as the group called Laibach. Outside of that, they've had a huge influence on many other artistic groups since, most notably the German band Rammstein. The influence is impossible to deny, and Rammstein have indeed acknowledged the aesthetic approach of Laibach as a big keystone for them throughout their career. Laibach have also acknowledged this, harking back to the item of the covenant that referred to original ideas as pointless. The group continue making music and touring to this day, and are as controversial and popular as they ever were. They performed at the Tate Modern in London in 2012, to great acclaim. In many ways, existence for Laibach is more difficult today than it was when they first began. Everyone and everything is a protest now, meaning the true protest can often get lost in the sea of dissent. What Laibach did during the communist years of Yugoslavia in death is almost as unthinkable today as it was vital in 1985.