Matej Kastelic / Shutterstock
share post a comment
Not only is Ljubljana a magnificent city and hugely popular with foreign tourist for short breaks, but its central location makes it super-easy for those wishing to explore other parts of the country, even if time is limited. In just a few short hours and by any method of transport visitors can enjoy a day trip further afield to discover some fascinating places of interest that would otherwise remain unseen.

In a country that prides itself on charming villages, elegant squares and some of the most gorgeous towns in Europe, the word ‘beautiful’ can perhaps be overused to the point of redundancy. When talking about Kamnik however, a medieval town some 23km northeast of Ljubljana, avoiding the word and its synonyms is nigh on impossible. Crammed in an area of varied topography with dense forest sitting next to sharp mountain peaks and wooded valleys, there is an undeniable grace to its medieval city centre. 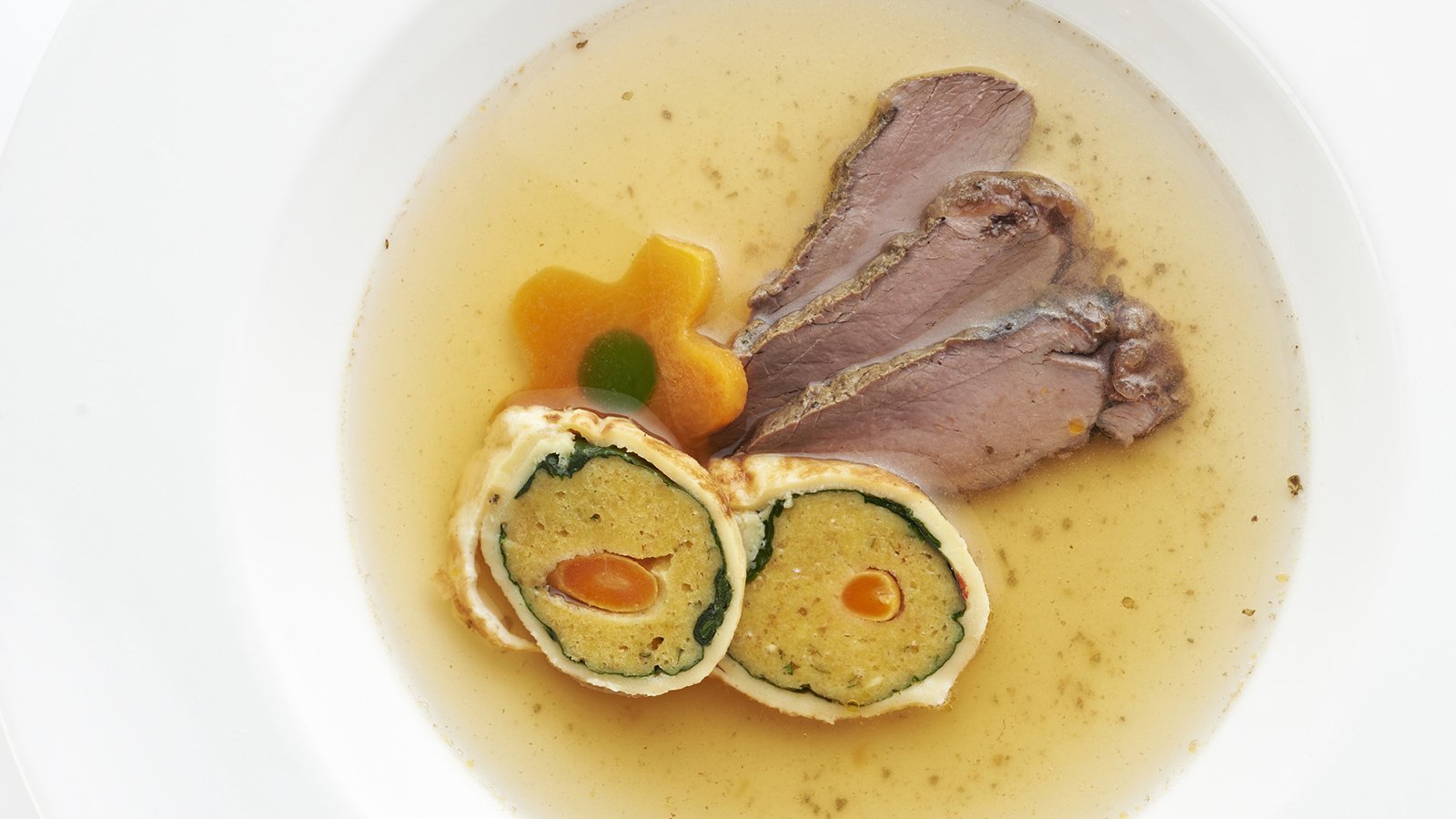 Part of the Taste Central Slovenia project, Taste Kamnik is hell-bent on bringing traditional Kamnik food back into the public mouth, as well as providing a modern day spin on a number of the dishes. So far, 14 restaurants in the area are taking part, and the variety of the food on offer is astounding. Taste Kamnik is a continually evolving project, meaning the recipes will change and grow as the project moves further forward. It is a great way to get a feel for Kamnik through the centuries, experienced through your taste buds.

A short walk up a hill just off of Šutna brings you to Zaprice Castle, which sits opposite Mali Grad on the other side of the train tracks. The small grassy area in front of the castle gives jaw dropping views of Kamnik, both the narrow streets of Glavni Trg and the more lived in side to the west. The castle itself was constructed in the 14th century and has been through many renovations and even more owners in the seven centuries since. Situated inside the castle itself is the Kamnik Regional Museum. the displays interesting and providing plenty of interaction. The museum tells the story of Kamnik from the early ages all the way through the 19th century.

Volčji Potok Arboretum is one of the most important architectural heritage gardens in Slovenia. In 1999, it was declared a cultural monument of national importance. The pearl of the Slovenian garden culture stretches along the streams and meadows south of the town. With nearly 5000 tree and plant species, it is wonderful in all seasons. Every year, from mid-April to early May attention is given to the tulips, which make the park especially vivid and colorful. Visitors can admire many other exhibitions, among others, also the orchids, cacti and tropical butterflies. 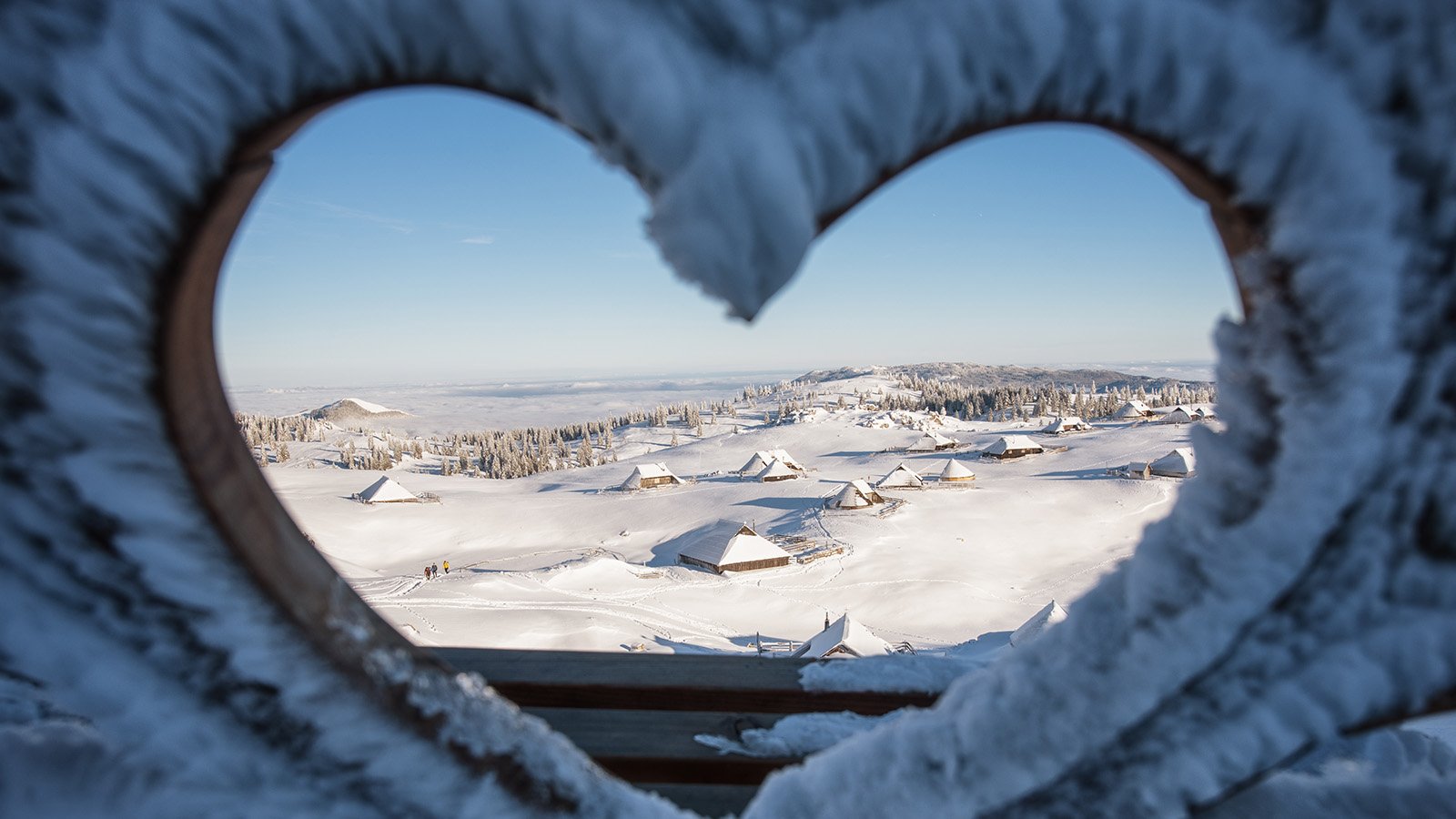 Velika planina is home to the highest alpine pasture in Slovenia. It also happens to be one of the oldest shepherd settlements in Europe, with well maintained hiking trails throughout. The scenic cable car ride up gives great views over the Kamniška-Bistrica valley. The valley of Kamniška Bistrica Valley is named after the 33-km long river, which flows into Sava River. The river is considered to be one of the cleanest in Slovenia and is most magical at the very first sections because of a series of natural attractions.

Not only did Joze Plečnik’s architecture transform Ljubljana where he lived and worked, he also left his mark on the town of Kamnik too, in many places and in many different ways. From churches, the train station, the bridge across the Nevljica River to gravestones and furniture. His first creation in the Kamnik region was the royal hunting lodge along the Kamniska Bistrica where it still stands today. Plečnik was a deeply religious man and was commissioned to work on many churches. In the Kamnik region his work can be found at the St Anne Church and Tunjice, Franciscan monastery, the Parish Church in Šutna and St. Benedict Church in Stranje.
Places of Interest

Volčji Potok 3, Radomlje
EDITOR'S PICK
/ljubljana/arboretum-volcji-potok_159909v
Volčji Potok Arboretum is one of the most important architectural heritage gardens in Slovenia. In 1999, it was declared a cultural monument of national …
see more
Editor's pick
Places of Interest

Museum Trail 3
EDITOR'S PICK
/ljubljana/zaprice-castle-and-regional-museum_159921v
The views just keep on coming. A short walk up a hill just off of Šutna brings you to Zaprice Castle, which sits opposite Mali Grad on the other side of the …
see more
Editor's pick
Leisure

Velika Planina
EDITOR'S PICK
/ljubljana/velika-planina_160271v
Covering some 577 hectares of pastureland, Velika planina is the catchall name for a number of plateaus that are home to one of the oldest shepherd settlements …
see more
Editor's pick
Places of Interest