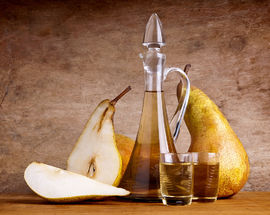 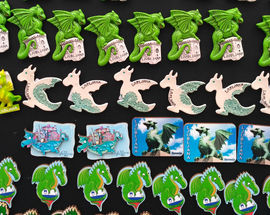 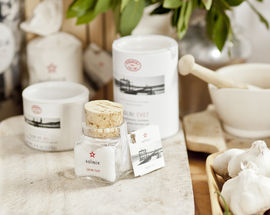 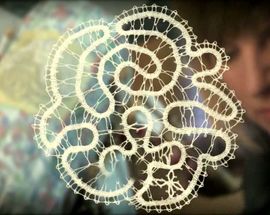 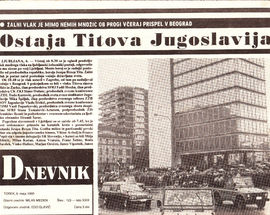 It may say more about us than anything else, but Slovenian schnapps is our gift of choice when visiting friends and family abroad. Slovenes swear by the stuff, not only as a digestif but also as a cure all for most common ailments and pick-me-up on those cold dark winter mornings. The more popular varieties include borovnica (blueberry), medica (honey) and viljamovka (pear) - the latter often coming with an entire pear mysteriously inside the bottle. If you're thinking of taking some home, keep in mind the 100ml rule if you are flying at any point on your return journey, which means you can either opt for the tiny ornamental bottles or take your chances packing the larger ones in you checked baggage.

Ljubljana's famous dragon actually comes with quite a pedigree, making its first historical appearance in the legend of Jason and the Golden Fleece. Unfortunately for the dragon it would also be its last, as it was slain by the sticky-fingered Greek and his crew of Argonauts on their way to the Adriatic. However, much like Marilyn Monroe or 2Pac in the 20th century, an untimely death turned out to be a great career move for the mythical beast, as he was eventually adopted as the symbol of Ljubljana and his image can now be found on all manner of trinkets, t-shirts and other souvenirs.

When discussing which souvenirs are most typical of Slovenia, one oft-mentioned item in particular always seems to raise eyebrows: salt. More specifically, salt from the centuries old Sečovlje salt pans on the coast south of Portorož. While it's technically the same stuff you find on every dinner table in the world, the location and traditional production methods give it a recognisably unique flavour. It's actually quite well-known among gourmands worldwide, and as far away as Japan some high-end sushi restaurants use it exclusively. If you're not making the trip to the coast, you can visit the Piranske Soline shop on Mestni Trg.

With each passing year Slovenia's identity as a former Yugoslav republic seems to become a little less pronounced, however, in the minds of many tourists the country's 20th century heritage is still somewhere near the forefront - especially when it comes time to pick up some souvenirs. The best place to find old Yugoslav coins, banknotes, stamps, magazines and medals from the not so distant past is the flea market that's held every Sunday along the Ljubljanica. Straying from politics into the realm of unrepentant kitsch, another of our favourites are old Yugo pop 45s - we'd be lying if we said we listen to the stuff, but some of the covers are great. And of course there's always the ubiquitous Tito t-shirts that can usually be found at stalls in the train station underpass or near Triple Bridge.

Located some 50km west of Ljubljana, the town of Idrija is largely known for two things: mercury and lace. Although both undoubtedly make fine gifts for friends and family back home, the lace industry has apparently done a much better job promoting itself and is widely recognised as producing some of the highest quality lace in the world. A surprising variety of lace goods - from simple cloths and handkerchiefs to gloves, necklaces and even earrings - can be found at Galerija Idrijska Čipka on Mestni Trg.
Slovene Fashion

Ciril-Metodov Trg 10
featured
/ljubljana/treasures-of-slovenia_154155v
Stepping through the doors of this store is like walking into Aladdin's cave. The shelves are bursting with so many interesting things one should be prepared …
see more
Featured
Gifts & Souvenirs

Mestni Trg 8
/ljubljana/piranske-soline_46232v
Times have changed since Roman soldiers were paid in salt but this mineral still ranks as one of life’s essentials. Here at Piranske Soline the canvas bags …
see more
Music Shops

Čopova 14
/ljubljana/vom-second-hand_38450v
A tiny shop found down an equally small alleyway and brimming with a large selection of mostly but not exclusively second-hand vinyl and CDs. Music on offer …
see more
Gifts & Souvenirs

Mestni Trg 17
/ljubljana/idrija-lace-gallery_46230v
The region of Idrija is particularly noted for its fine lace work, dating back to the 1600s, and Galerija Idrijske Čipke showcases both traditional designs and …
see more