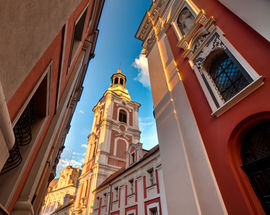 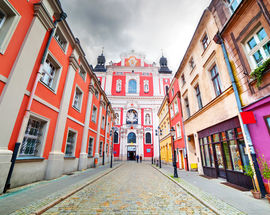 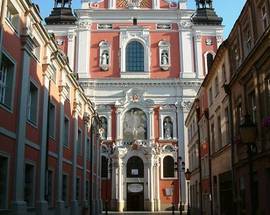 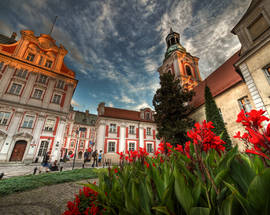 One of Poznań's most impressive historic monuments, the Lesser Basilica of St. Stanislaus, which it became in October 2010, was created as a Jesuit temple in the 17th century. It boasts an interior by a veritable who's who of Roman Baroque artists, with some fine period ornamentation found in the chapels of the Holy Cross (which features a 16th-century crucifix), and the Virgin Mary (which has a precious copy of the painting of The Mother of God of Incessant Help). The Basilica hosts organ concerts played on an instrument dating from 1876 on Saturdays at 12:15.

13.09.2014
Megan Bayford
Yorkshire
Gorgeous, worth a visit for sure.
Take your guide with you Download a pdf