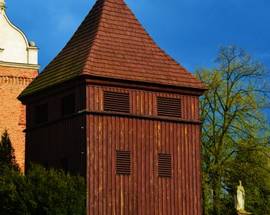 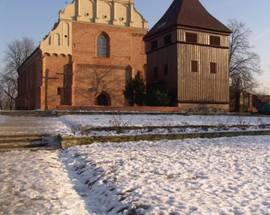 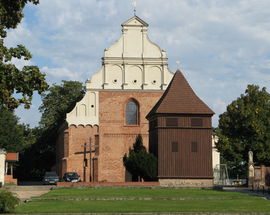 This small, uniquely-shaped Gothic building was constructed in the early 15th century and is notable for its adjacent wooden belfry and Art Nouveau murals. The high altar features a Late Gothic relief of the assumption of the Holy Virgin Mary and the other altars are manneristic, dating from around 1630. Since 1923 it has held the Crypt of Eminent Citizens of Wielkopolska, the resting place of Jozef Wybicki, who wrote the words of the Polish national anthem, and the urn containing General Jan Henryk Dąbrowski's heart. The church also contains the sarcophagus of Karol Marcinkowski, Poznań's famous doctor and social activist.

Open by prior arrangement.