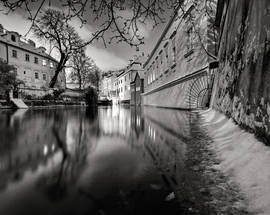 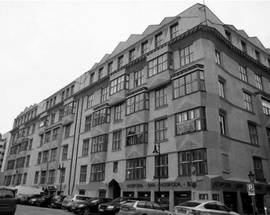 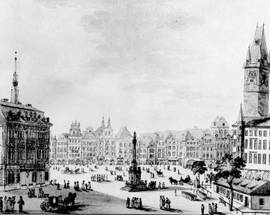 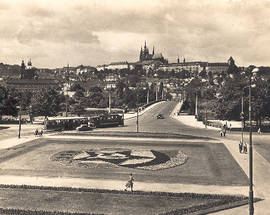 "I see a great city whose glory will touch the stars." So said Libuše, daughter of mythical Czech ruler Krok, as she stood on a rocky cliff above the Vltava River. She ordered a castle to be built on the spot – now called Vyšehrad – and the legend of the founding of Prague in the 8th century was born. After the death of her father, she became queen and married a ploughman named Přemysl. Together, they went on to found the Přemyslid dynasty which ruled the Czech lands until 1306.

Whether the part of this myth about the creation of Prague is true or not, the region was the launch of the Přemyslid dynasty’s march to take over the rest of Bohemia. Prince Bořivoj began Prague Castle as the dynasty’s main seat in 870, with Vyšehrad taking a back seat. Christianity came to the region courtesy of Good King Wenceslas of Christmas carol fame. He unfortunately was murdered by his brother, however is the country’s patron saint. (St. Wenceslas Day is a public holiday celebrated 28 September).

The region became part of the Holy Roman Empire following a conquering from Germany but in an unusual display of political cooperation, a Slav alliance was formed by Přemysl princes who ruled on the Germans behalf. In 1212, Otkar 1 bestowed royal privilege on Staré Město and in 1257, on Malá Strana – Prague’s first two official quarters.

What is often termed Prague’s golden age is the period from 1346-1378 when King Charles IV ruled as king and Holy Roman emperor. His fingerprint can be seen all over the city – from Charles University to Charles Bridge to Charles Square (Karlovo náměstí in Nové Město). After his death, his son Wenceslas IV took over and Prague became one of the most beautiful towns, leading to its nickname ‘Rome of the North.’ Its appearance did not change for another 200 years.

Church reform came to Prague and the region in the late 14th-15th centuries courtesy of the Hussites. Jan Hus was the firebrand preacher and martyr who was eventually burned at the stake in 1415, sparking a nationalist rebellion. A variety of events came out of this uprising, but one of the most interesting is the word defenestration - the act of throwing someone or something out of a window. Seven Catholic councillors were unceremoniously tossed from Prague’s New Town Hall in the first of what would be many such acts over Prague’s history. Interesting, Prague only had one Hussite king, Jiří z Poděbrad. You can visit his square today in Prague 3.

The second half of the 15th century proved more peaceful and productive when the Austrian Habsburgs came to rule. The spirit of the Renaissance infused Prague and Emperor Rudolf II added to the city’s lustre by making it the imperial seat of the Holy Roman Empire. The Habsburgs though were Catholic and tensions were still strong between them and the Protestants. The Second Defenestration of Prague (1618) was due to these strains; two Habsburg councillors and their secretary were tossed from an upper window in Prague Castle. A major Protestant defeat in the Battle at White Mountain (1620) saw Ferdinand II installed on the Czech throne and the city became a provincial capital, without power or importance. Even the first woman on the Czech throne, Empress Maria Theresa (1740-80) didn’t do much to raise hopes of its revival. Her son, Josef II, most famed acts were his zealous abolition of convents, monasteries, and churches, coupled with an intense national repression.

Fast forward to the 18th century when things began looking up. Prague’s four towns of Staré Město, Malá Strana, Hradčany and Nové Město were formed into a single unit and Baroque and later Classicism came to the city’s palaces, churches and monuments. A love of Czech language and literature sparked the 19th century’s National Revival. At the time German was the official language of the country and a surge of national pride led intellectual types to lead the charge in re-establishing ‘Czechism.’ The Neo-Renaissance style symbolized the rebirth of the Czech nation, a style that can be seen today buildings closely associated with Czech national culture like the National Museum, the National Theatre and the Rudolfinum.

Now it is 1914. Archduke Franz Ferdinand of Austria also being Royal Prince of Hungary and Bohemia (the Austro-Hungarian Dual Monarchy of the Austrian Empire and Kingdom of Hungary, of which Prague is a part of, was established in 1867) and his wife Sophie were living just outside of Prague in Konopiště castle when they were assassinated while visiting Sarajevo. This act launched World War I, and eventually led to the forming of the Czechoslovakia on October 28, 1918, with Prague as its capital. This date is still a public holiday in Czech Republic, but interestingly, not in Slovakia. From 1918 until World War II is what is known as the Frist Republic, a heyday of architectural and cultural expression. Functionalism morphed into Cubism; the House of the Black Madonna and the Municipal House are two important buildings from this time.

World War II devastated Europe, but the buildings of Prague at least remained mostly intact. The same cannot be said for the city’s Jewish population; about three-quarters did not return from concentration camps. The city’s Jewish Quarter though did survive, sadly because Adolf Hitler had envisioned the neighbourhood as a museum to ‘an extinct race.’ After six years of occupation by Nazi Germany, Czechoslovakia was liberated in 1945. In 1948, the Communist Party of Czechoslovakia, with Soviet Union support, took control of the country under what is known today as the Czechoslovak coup d'état. What followed was four decades under communism. An attempt at a period of political liberalisation occurred in 1968. Communist Party of Czechoslovakia head Alexander Dubček made efforts to reform communism in what is today known as the Prague Spring. The trial of what he called ‘socialism with a human face’ involved a loosening of the laws governing media, speech and travel, among other freedoms. The endeavour lasted barely seven months as the alarmed Soviet Union coordinated an invasion of Czechoslovakia by members of the Warsaw Pact. The next two decades were a time of ‘normalization’ as subsequent leaders rolled back all of Dubček’s reforms.

Those years were a low point for the country and it all came to a quick end beginning November 17, 1989. On that day, students held a sanctioned march in honour of National Students Day. As the students slowly made their way peacefully to Wenceslas Square, they were met by riot police. The police blocked the streets and beat some of the students, an action which horrified much of the population and led to a series of demonstrations through the month. The top leadership of the Communist Party resigned on November 24, 1989 and Václav Havel was elected President of Czechoslovakia on December 29.

The early 90s were a rollicking period with a push to liberalise prices and privatise the economy. Conflict between Czechs and Slovaks remained and what came to be known as the Velvet Divorce was finalised on January 1, 1993 when the country spilt in two. The country’s push towards the West continued with the Czech Republic quickly becoming members of NATO (1999), the European Union (2004) and the internal border free region of the Schengen zone (2008).

Political strife continues, but despite the politicians the country in the 21st century has a strong economy and most citizens sport a positive outlook for their future.

870: Prague Castle founded
1347: Coronation of Charles IV as King of Bohemia; Prague becomes capital of the Holy Roman Empire
1348: New Town founded outside Prague’s city walls
1410: Astronomical Clock installed in Old Town Hall
1503: Charles Bridge completed. The first stone was laid by King Charles IV (a strong believer in numerology) at 5:31 am on 9 July 1357
1755: St. Nicholas Church in Malá Strana is built. Under Communism a couple hundred years later, the church tower was used as an observatory by State Security. From the tower watchful eyes could keep watch on the American, Yugoslav and West German embassies
1859: The Josef quarter becomes part of the city of Prague
1885: Rudolfinum concert hall is opened
1891: Petřín Lookout Tower is built
1918: Prague becomes capital of newly formed Czechoslovakia
1931: Prague Zoo opens. Its first resident is a wolf named Lotta
1939: Nazi invasion of Czechoslovakia, the Czech portion of which becomes a German protectorate; Slovakia is deemed an independent state with pro-facist leader Josef Tiso
1948: Czechoslovak coup d'état leading to Communist Party rule
1968: Prague Spring political liberalization, Warsaw Pack countries invade
1969: In protest of the 1968 invasion, student Jan Palach sets himself on fire on Wenceslas Square
1977: Charter 77 is published by a group of dissidents including playwright Vaclav Havel. It calls for the restoration of civil and political rights
1989: Velvet Revolution leading to the overthrow of Communist rule
1990: First free elections since 1946 are held; Vaclav Havel elected president
1993: Velvet Divorce leading to breakup of Czechoslovakia
1999: Czech Republic becomes a member of NATO
2002: Vltava overflows its banks leading to major flooding throughout Prague. Twenty-nine metro stations were underwater and many were closed for months afterwards.
2004: Czech Republic joins the European Union with 10 other countries
2013: First directly elected presidential elections take place; Miloš Zeman is chosen for a five-year term
2016: The Czech government announces that the country's international name to be Czechia, and not the Czech Republic. Amidst public indifference, the announcement is largely ignored.