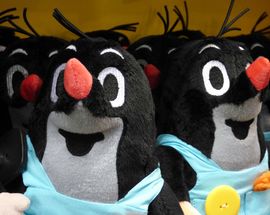 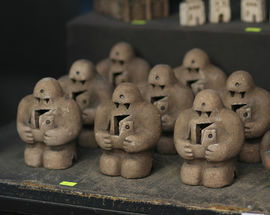 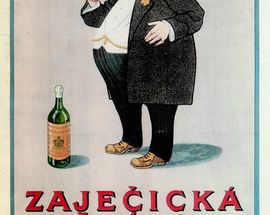 Prague’s position as a tourist capital means there is no shortage of tacky souvenirs on offer, so we’ve put together a list of items that should keep an eye out for when in town. Prague is souvenir central, and these are our favourites.

Okay, so beer is the most standard of all Czech souvenirs, but we’re not talking about the big boys here. You can buy Staropramen, Pilsner Urquell and Kozel all over the continent, so there’s no point buying some to take home from Prague. Keep an eye out instead for independent local beers such as Matuška, who offer something a little more modern.

Delightful, delightful Krtek. Few cartoon characters carry the respect and love that The Mole does, a charmer that first appeared on TV way back in 1956. Krtek’s is popular around the globe, and a Krtek toy even found its way onto a US Space Shuttle flight back in 2011. Be sure to pick up a toy when in town.

Sticking with the non-human, the Golem is said to have saved Prague’s Jewish Community from destruction way back in the late 16th century. The mud monster is available in all sorts of forms today.

So the monetisation of communism is a little questionable, but there’s something about mid 20th century posters that we adore. These can be picked up from any nostalgia-heavy museum, but the Sunday flea market near Hloubetin offers a more authentic route.

As season ticket holders we’re obviously a little bit biased, but who doesn’t love an emerald green shirt with a kangaroo in the middle? The Klokeni are Prague’s most endearing football club, and they also have the best merch.

Vršovická 31
/prague/dolicek-stadion_147678v
Just a short walk from Praha-Vršovice railway station lies the home of Bohemians 1905, another of Prague’s historic old football clubs. The Kangaroos (as they …
see more

Jewish Prague Intriguing History
Everything You Need To Know About Football in Prague Sports
Socialism With A Human Face: The Rise and Fall of the Prague Spring Alternative Prague
see more