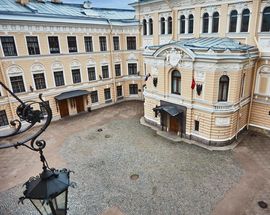 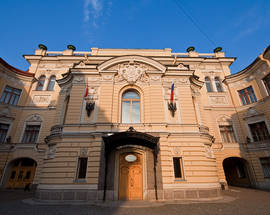 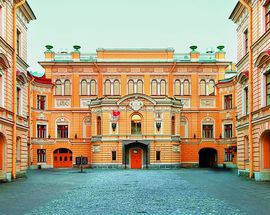 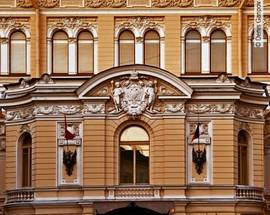 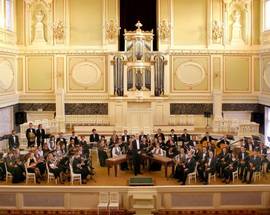 One of St. Petersburg's best-kept secrets, the State Academic Chapel is the oldest concert hall in the city. It was founded as the residence of the Emperor Court Choir Capella, the oldest professional choir in St. Petersburg, which was established in Moscow in 1479 and transferred to St. Petersburg in 1703 by order of Peter the Great, making it as old as Peter's city itself!

On January 1, 1837, upon the initiative of the Emperor, Mikhail Glinka had been appointed chief conductor of the Capella, after having served in it for three years. An outstanding expert in vocal art, Glinka quickly achieved high results in the development of the Capella’s performance skills. Rimsky Korsakov was also one of the former directors, so the Capella has certainly been in capable hands during its history. Today, with its excellent acoustics the Capella is considered to be one of the best concert halls in the world. It presents not only choral events but also symphonic, instrumental, and vocal concerts.