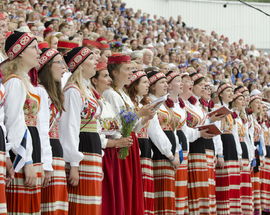 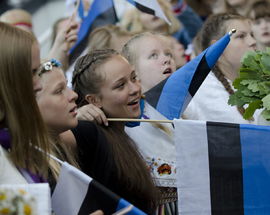 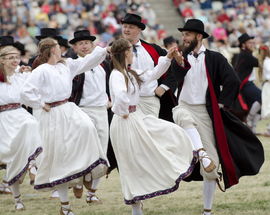 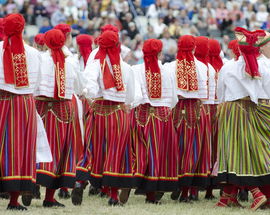 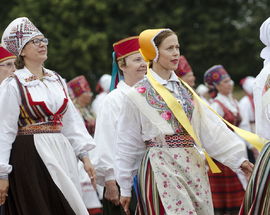 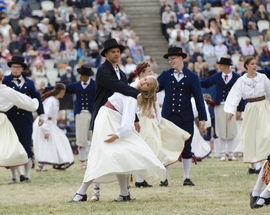 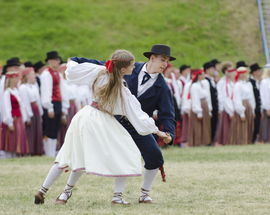 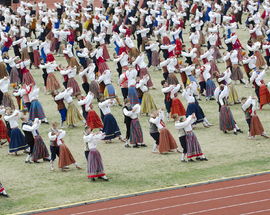 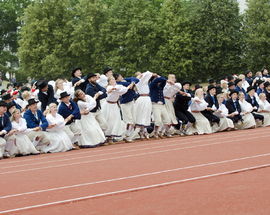 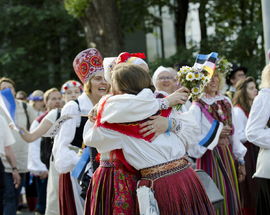 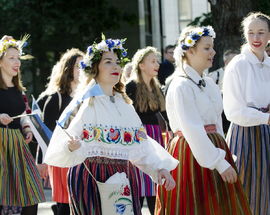 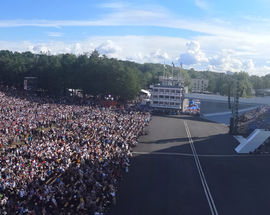 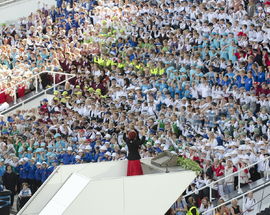 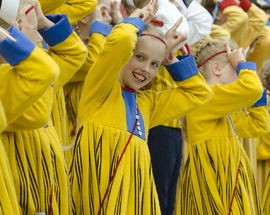 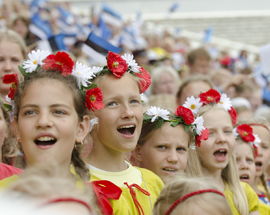 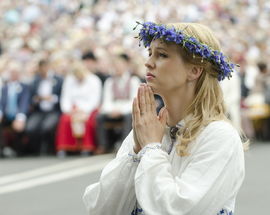 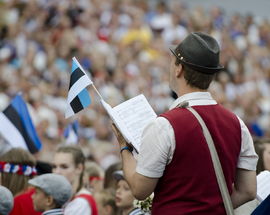 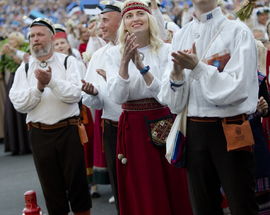 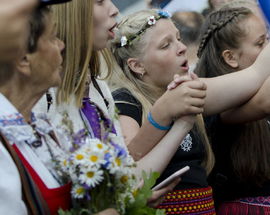 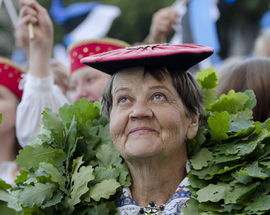 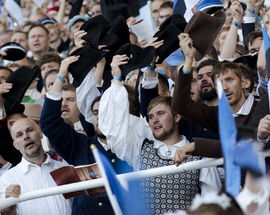 What defines a nation? The Italians have their cuisine, the Americans have their ‘American Dream,' the Aussies have the ‘Outback,' but Estonians? Well, Estonians have the Song Festival. In case you’re not quite sure what a Song Celebration is, it’s a weekend of concerts by a giant choir of approximately 30,000 people, joined by a large group of onlookers that sing along with them. The power of these celebrations is not easy to describe, let’s just say that if you haven’t ever felt religion, you’ll feel it at an Estonian Song Celebration. Although this aural gathering may not be the most ancient of traditions, only having been first organised in Tartu in 1869, it has become well ingrained in the hearts and souls of Estonians around the world for many generations. Since 1896 the celebration has been held in Tallinn and currently takes place every 5 years, with the “Youth Song and Dance Celebration” held every alternate 5 years. The celebration now incorporates a folk-dance celebration, which was first held in 1934. The ‘Song and Dance Celebrations’ is considered of such cultural importance that it has become part of UNESCO’s List of Intangible Cultural Heritage.

If there’s any doubt as to the power of song, would you believe it if we told you that singing would ultimately lead to Estonia becoming independent. Well, it’s a proven fact that in the period of time between 1988 and 1990 several singing demonstrations took place all across Estonia, starting with the “Tartu Pop Music Festival” where 5 banned and patriotic songs were sung. The movement would eventually lead to the more populace Tallinn and culminated in an impromptu Night Song Festival where over 100,000 people were in attendance, singing outlawed songs and demanding freedom. At the height of the melodious demonstrations over 300,000 people gathered to sing for their freedom. Similar, but smaller demonstrations were to be held through the Baltics also leading to Latvia and Lithuania regaining their independence. Although the responsibility of the restoration of independence cannot solely be shouldered by the Singing Revolution, it certainly played a very significant part. So significant that in 2003, UNESCO would add the collective Baltic Song Festivals to its list of masterpieces of Oral and Intangible Cultural Heritage, further solidifying their importance.

2019 year event, which carried the title “The Land of my Fathers, the Land that I Love", marked the 150th anniversary of the Song Celebration and 85th anniversary of the Dance Festival, making this the 150th Estonian Song and Dance Jubilee Year. 2019 also marks the 50th anniversary of the first fire, which is lit in Tartu and then carried to Tallinn’s Song Festival Grounds. The raw emotion and all-embracing song, unites the hearts and minds of the people here like nothing else and can stop armies.