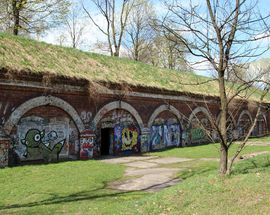 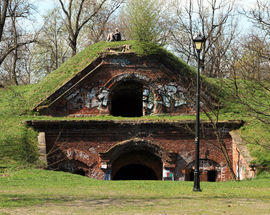 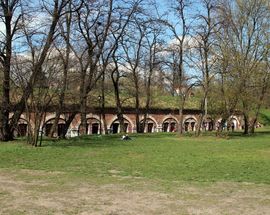 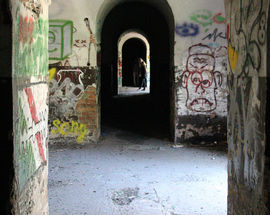 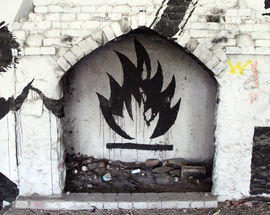 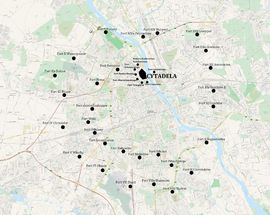 Fort Bema, one piece of the larger 'Warsaw Fortress', was originally built between 1886-90 under the orders of Imperial Russia. The Warsaw Fortress contained two rings around the city, made up of a series of forts stationing Imperial Russian troops in order to act quickly to crush any further attempts at insurrection by the Poles (this coming after two failed uprisings). The Warsaw Citadel was at the heart of it all, the HQ, if you like. The Warsaw Fortress itself was only one part of a larger defensive plan known as the 'Warsaw Fortified Region', with the 2nd being focused around Modlin Fortress to the north of Warsaw at Nowy Dwór Mazowiecki, which also two had a two-ringed collection of forts to defend it.  The overall defenses were used between 1879-1913 until the advances in military tactics and technology made old forts redundant. Soon after many of the old forts, like Fort Bema, gradually fell into a sorry state. Used by the Nazis in World War II for ammunition storage, after the war, the Polish Army made use of the forts until they too gave them up.  Today, Fort Bema has become a bit of a magnet for street artists and graffiti bandits, so it's very much worth checking out. The surrounding open spaces around the Fort structures are now a public park for all to enjoy.
Show on map

ul. gen. Józefa Bema 500, Nowy Dwór Mazowiecki
EDITOR'S PICK
/warsaw/modlin-fortress_151919v
Situated in the town of Nowy Dwór Mazowiecki, 30km north-west of Warsaw, is the 19th century Modlin Fortress (Twierdza Modlin), with a collection of barracks, which in total amount to 2,250m - the longest building in Europe. It is here a
see more
Editor's pick