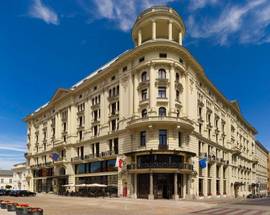 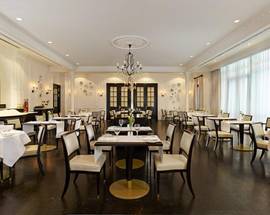 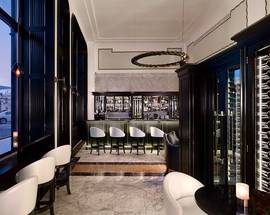 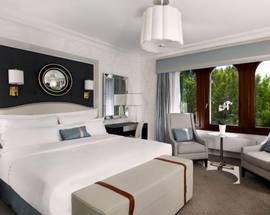 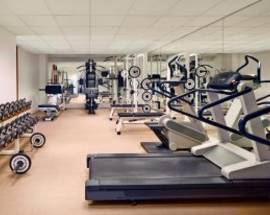 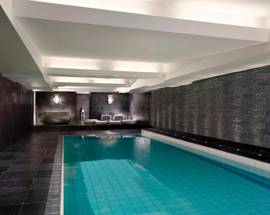 Dating back to 1900 and designed in the Art Nouveau style, the Bristol was totally restored to its pre-communist era glory way back in 1993. The grand re-opening ceremony was attended by none other than Mrs. Thatcher and it was considered the classiest hotel in town. Over the ensuing two decades many felt it had lost its elegance and got a bit tatty around the edges - a bit like Maggie herself prior to her demise. Thankfully, after a massive renovation in 2013, the Bristol has regained its former glory and is back on top as the classiest Classic Hotel in town. Secessionist and Art Deco glamour blends with modern luxury in the refreshed interior by world renowned designer Anita Rosato. Situated on Krakowskie Przedmieście, just minutes from the Old Town, it's an unbeatable location for any visitor to the city.

ul. Krakowskie Przedmieście 42/44 (Hotel Bristol Warsaw)
/warsaw/marconi_18032v
Marconi is the kind of restaurant that is so upper-crust, you say its name in a whisper. Seeing as it is situated inside Bristol War
see more

27.11.2014
Lance Grundy
Great Britain
You&#39;d be hard pressed to find a better located hotel in the Polish capital. Prominently situated on Krakowskie Przedmiesciein, one of the most prestigious streets in Warsaw and right next to the Presidential Palace, the Hotel Bristol is a haven of elegance and understated luxury that harks back to the Belle Epoque of pre&#045;1914 Europe. I booked well in advance and got a great rate &#045; which meant I was all the more surprised to be upgraded to an Executive Room on check&#045;in. Talk about value for money. The very grand public rooms have all been sympathetically restored to their original splendour. The old lifts are a pleasure to ride in the stunning ceiling frieze in the lobby and original Otto Wagner light fixtures in the Art Nouveau Column Bar are also worth mentioning. The bar itself has played host to the cream of society for the past hundred&#045;plus years. The room was spacious and was decorated in a cool and contemporary style and if you&#39;re a bit fussy over bathrooms, then you won&#39;t be disappointed. The stately marble bathroom was squeaky clean and the evening turn&#045;down service removed and replaced my used towels ensuring everything was like new for my morning shower. Staff throughout the hotel were friendly and efficient and the hotel felt very welcoming. Despite my low room rate, I felt like a valued guest. In fact, overall, this is probably the best&#045;value hotel I have ever stayed in anywhere and I&#39;d have no hesitation recommending it to you. Guests who wish to attend an Anglican Sunday Service may also be interested to know that Anglican Communion is held every Sunday at 10am and 4pm at the Res Sacra Miser chapel two minutes down the road from the hotel.
Take your guide with you Download a pdf