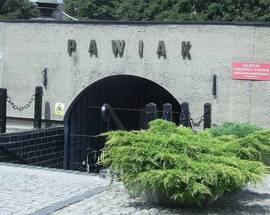 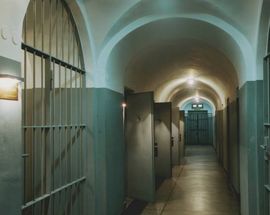 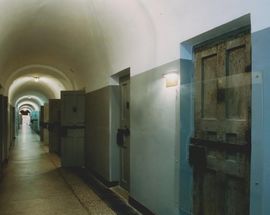 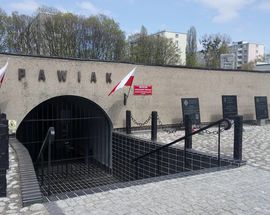 Built in the 1830s to serve as a Tsarist prison, Pawiak came to the fore during WWII when it slipped into the hands of the Gestapo. During the Nazi occupation it became the largest political prison in Poland and saw over 100,000 inmates pass through its gates. Of this number over 37,000 were executed within the grounds, while a further 60,000 were transported to extermination camps. Subterranean cells designed to house three people were often crammed with up to 18 prisoners. Dynamited during the German retreat, Pawiak has been restored as a memorial to all those who suffered inside, and now houses haunting photo displays, prisoner belongings and reconstructed cells all explained in Polish, English and German. A mangled tree, preserved after the war, stands outside the gates bedecked with obituary notices dating from 1944. Guided tours available in English for 100zł, max group size of 30 people. Call in advance to arrange.

Al. Szucha 25
/warsaw/former-gestapo-hq_18438v
Every bit as disturbing as Pawiak is the former Gestapo HQ, found on Al. Szucha 25. Built between 1927 and 1930, the building's original purpose was to serve as a ce
see more

Al. Solidarności 62
/warsaw/museum-of-independence_18410v
Rather ironically, the museum that charts Poland’s struggle for freedom was home to the Lenin Museum during communist rule. Celebrating Polish patriotism, the museum covers all the key dates of Polish history, including the 1794 Kościuszko Uprising, t
see more

ul. Skazańców 25 (entrance from ul. Wybrzeże Gdyńskie)
/warsaw/the-warsaw-citadel_18415v
First off a tip. The entrance to the Citadel is on Wybrzeże Gdyńskie and is not that easy to find. Once you get there you discover a complex built in the wake of the 1830 November Insurrection, and commissioned by Tsar Nicholas I to s
see more