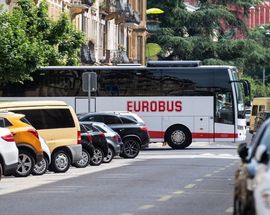 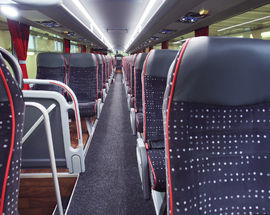 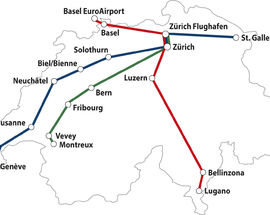 For the first time in history, domestic intercity buses finally began operating in Switzerland in summer 2018. Previously, Switzerland did not license domestic intercity buses to protect its extensive train network. Now Eurobus Swiss-Express operates three domestic lines, two from east to west (St. Gallen - Zurich - Geneva and Zurich - Bern - Montreux) and one from north to south (Basel - Zurich - Luzern - Lugano). There are usually at least two connections each day and each route has around eight stops. Standard tickets are half the price of a train ticket for the same route and sometimes even cheaper offers are available. The Swiss half price public transport card is valid on these buses. Travel times are considerably longer than by train, but they are a good option if you want to save some cash and time isn’t a factor, especially for routes such as Zurich to Bern, Geneva, Basel or St. Gallen). Check connections and book tickets on its website. -> www.swiss-express.ch