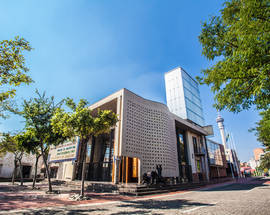 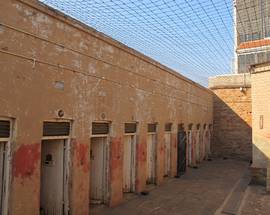 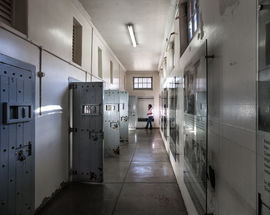 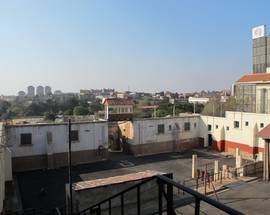 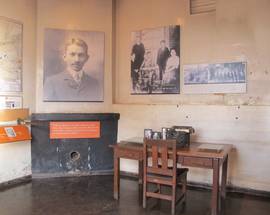 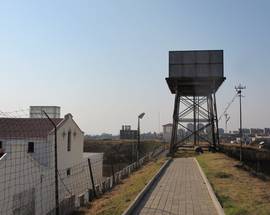 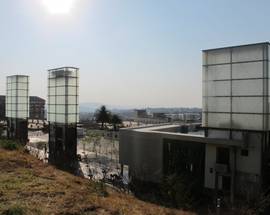 The buildings of Constitution Hill in Braamfontein reveal the horrors of some of the darkest hours of 20th Century South Africa, while also showcasing the bright, optimistic future of the country enshrined in the modern Constitutional Court. The large complex is split into four parts: the Old Fort, the Women's Gaol, the Number 4 prison block and the Constitutional Court. In addition to the extensive permanent museum exhibits, the complex also hosts regular art and photography exhibitions and lectures, and has an impressive permanent art collection.

The Old Fort
The Old Fort at the centre of the Constitution Hill complex was built in 1893 as a fortress to protect Johannesburg from the threat of invasion and also to keep a watch over the miners flocking to the growing settlement. Following the end of the Anglo-Boer war the fort became a jail for white prisoners. One notable exception is Nelson Mandela who was briefly imprisoned here when he was arrested in 1962. His cell now forms the Mandela Cell exhibition. Make sure you take a walk around the fort ramparts for a fantastic view of the skyscrapers of the city centre and an enticing glimpse into the hustle and bustle of the chaotic neighbourhood of Hillbrow.

Women's Gaol
The grand-looking brick buildings of the old Women's Gaol were built in 1909 and held black and white female prisoners (and often their babies too) in separate sections. During apartheid many major political activists such as Albertina Sisulu, Ruth First and Winnie Madikizela-Mandela were imprisoned here in humiliating conditions and subjected to months of solitary confinement. The museum includes many moving testimonies from former black female prisoners, detailing their struggles behind bars and the shockingly absurd reasons for their arrests.

Number 4
The notorious Number 4 prison block is not for the faint-hearted and wandering its bleak yards and dank cells is at times a harrowing experience. However, as Nelson Mandela himself said it is also an essential one for “no one truly knows a nation until one has been inside its jails.” Number 4 was used from 1904 until 1983 as a prison for 'native men' whose crimes ranged from political activism and communist party membership to murder, robbery, petty crime and, most commonly, the infringement of the racist passbook laws. Prisoners were held in desperately over-crowded and unsanitary conditions and were regularly starved, beaten and brutalised. The whole block is left pretty much as it was when prisoners were last incarcerated here and videos are projected onto the walls inside the cells providing first-hand testimonies of the brutality of life in Number 4. At the far end of the prison, looked over by a watch tower and hemmed in by rusting barbed wire, are the disturbing isolation cells which are said to be haunted. Before leaving don't miss the humbling exhibit on Mahatma Gandhi, who was imprisoned here in 1906 for his political activism.

Constitutional Court
The Constitutional Court was opened in 2003 and built using bricks from the old awaiting-trial prison block. The bright, inviting and modern building is filled with hundreds of South African paintings and sculptures which alone are worth a visit. The Court's main function is to uphold the principles of freedom and equality enshrined in South Africa's hard-won constitution, making this the highest court in the country. All interested visitors are allowed to attend court hearings and visit the court chamber.

Tickets: It is recommended to book your tickets online via webtickets.