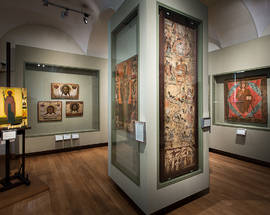 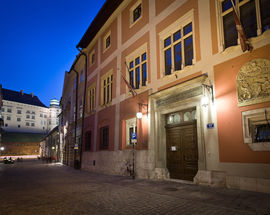 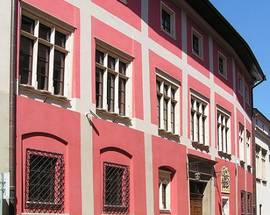 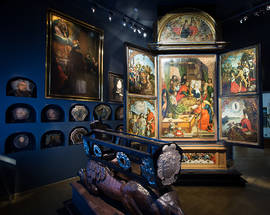 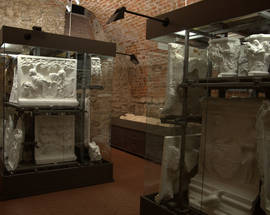 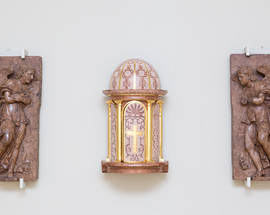 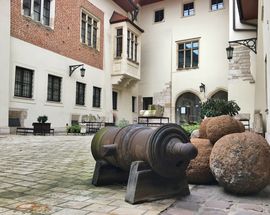 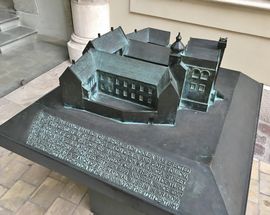 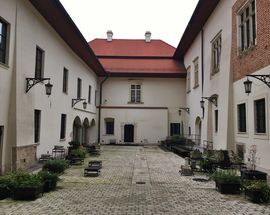 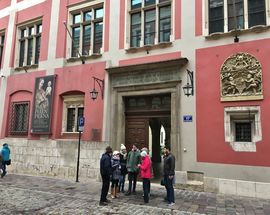 This early 14th century palace is one of the most outstanding buildings in Kraków; in fact, at the time it was built, the palace was second in splendour to only Wawel itself. Thoroughly restored, today it is one of the most modern and impressive branches of the Kraków National Museum, housing three permanent exhibitions: Kraków Within Your Reach, Art of Old Poland from the 12th to 18th Centuries, and Orthodox Art of the Old Polish Republic. The first is a basement repository of local architectural sculpture fragments, while the latter two consist almost entirely of sacral art from before the idea of 'art' was applied to non-religious subject matter (how many centuries did that take?). Most of it came directly out of Kraków's own churches or others in the region, and is admittedly superb, if that's your thing. If not, you'll likely still find yourself impressed by the surroundings and high-quality displays. The highlight for us is without a doubt the strange 16th century 'Christ Riding a Donkey' - a near life-size wooden sculpture of everyone's favourite model doing just that with vacant eyes and the mule atop a wagon. Eerily beautiful. Also of note is the wooden Madonna from Krużlowa which dates from around 1400.