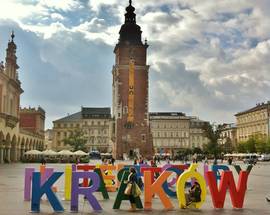 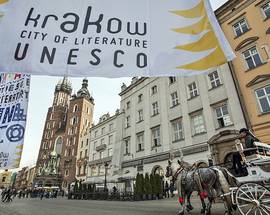 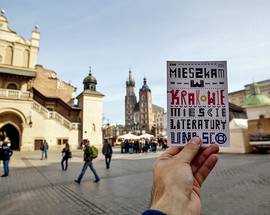 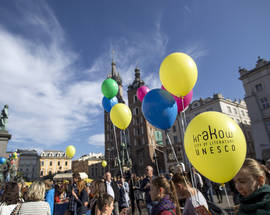 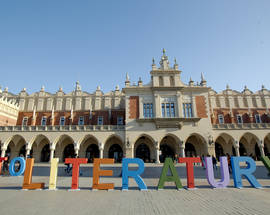 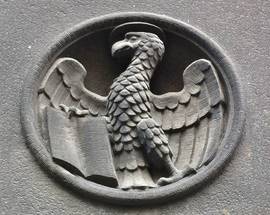 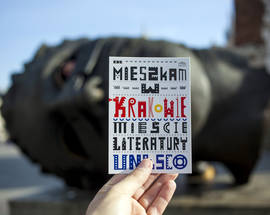 ul. Jagiellońska 15
featured
/krakow/collegium-maius_17110v
Jagiellonian University’s oldest building (and one of the oldest in Kraków), Collegium Maius was built as the university’s main campus in the late 14th …
see more
Featured
Cafes

Rynek Główny
/krakow/adam-mickiewicz-monument_31309v
One of the most important statues in Poland, the large likeness of the romantic poet and national hero Adam Mickiewicz (1798-1855) was originally unveiled in …
see more
Bars & Pubs

ul. Felicjanek 10
/krakow/cafe-szafe_48196v
Owned by two amiable artists, Café Szafé has a warm, inviting atmosphere unique to most Kraków bars - a trait which has endeared it to locals and expats alike. …
see more
Cafes

ul. Grodzka 52A
/krakow/church-of-saints-peter-paul_17080v
One of Kraków's most recognisable churches, premier Jesuit Church was built in the early 1600s, and its crypt serves as the new National Pantheon for Poles …
see more
Cafes

ul. Miodowa 23/1
/krakow/cytat-cafe_159076v
This literary cafe in the heart of Kazimierz offers the perfect place to escape into a book, slap about the laptop, catch up with an old friend, or just …
see more
Literary Luminaries

/krakow/czeslaw-milosz_125558v
One of the Polish Greats, 1980 Nobel Prize laureate Czesław Miłosz was not only an accomplished poet, prose writer, and essayist, but also a lawyer, diplomat, …
see more
Bars & Pubs

ul. Św. Tomasza 13
/krakow/dym_16359v
Lost in the sauce somewhere between cafe and bar, Dym is a long, dark drinking den, the dull design of which is made up for by the character of the clientele: …
see more
Museums

Pl. Bohaterów Getta 18
/krakow/eagle-pharmacy_16498v
When the Nazis created the Jewish ghetto in Podgórze in 1941, this pharmacy on Pl. Bohaterów Getta and its Polish owner Tadeusz Pankiewicz found themselves at …
see more
Books & Comics

Rynek Główny 23
/krakow/empik_20326v
Boasting the UNESCO-condoned claim of 'Europe's first bookshop,' the building at Rynek 23 has been in the book business since 1610. Unfortunately, this hasn't …
see more
Cafes