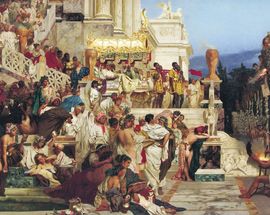 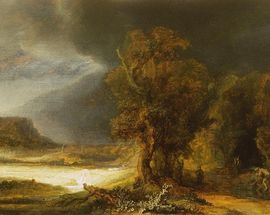 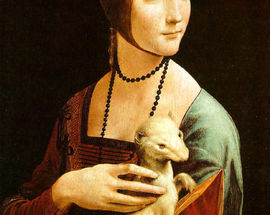 Arguably Kraków’s most important cultural institution, the ‘Muzeum Narodowe w Krakowie’ (known as MNK or the Kraków National Museum) dates back to 1879, when the Kraków City Council created it as the first national museum institution in Poland, despite the fact that the country had long been partitioned by the empires of Prussia, Russia and Austria, with Kraków under Austrian occupation at the time. As such, from the very start Kraków’s National Museum has been a symbol of national pride, and its mission has essentially been to collect, protect and promote the national and cultural heritage of the Polish nation and its people.

The Museum was initiated when Henryk Siemiradzki donated his large-scale painting Nero’s Torches to the city with the explicit intention of it becoming part of a public gallery of national art. Once this idea took root, the donations from other artists and collectors began pouring in. The National Museum’s first exhibit opened inside the Cloth Hall four years later in 1883, with an explosion of public interest and windfall of further donations. Until 1918, the end of World War I and the return of an independent Poland to the map of Europe, Kraków’s National Museum inside the Cloth Hall was the only large museum open to the public on Polish lands.

Today the Museum has expanded to 12 separate branches, with 11 in Kraków and 1 in Zakopane (the Karol Szymanowski Museum). The original branch inside the Cloth Hall is today the 19th Century Polish Art Gallery, where Siemiradzki’s epic 385 x 705cm Nero’s Torches is still on display among other enormous historical canvases. Other highlights of the National Museum include Rembrandt’s Landscape with the Good Samaritan and Leonardo da Vinci’s famous Lady with an Ermine - both now on display in the re-opened Czartoryski Museum.

Visitors should be aware that all branches of the National Museum are free on Tuesdays, and students under 26 (with proper ID) pay only 1zł all other days. To learn about some of the current temporary exhibits in these museum branches, visit our Events section. Below we list the branches of the National Museum in Kraków, with info in the description about the permanent exhibits of each.

Branches of the Kraków National Museum

ul. Pijarska 15
featured
/krakow/czartoryski-princes-museum_17078v
“My homeland, I was not able to save you, let me immortalise you at least.” --Princess Izabela Czartoryska, upon founding the Czartoryski art collection The …
see more
Featured
Museums

Al. 3 Maja 1
featured
/krakow/national-museum-main-building_17104v
The National Museum has 11 branches in Kraków, with this monolithic structure - apparently built over the course of half a century from 1935 to 1989 - being …
see more
Featured
Museums

ul. Kanonicza 17
/krakow/bishop-erazm-ciolek-palace_36133v
This early 14th century palace is one of the most outstanding buildings in Kraków; in fact, at the time it was built, the palace was second in splendour to …
see more
Museums

ul. Krupnicza 26
/krakow/jozef-mehoffer-house_17100v
Mehoffer was one of the turn of the 20th century's artistic elite, a skilled stained-glass artist collaborating with Wyspiański on the interiors of numerous
see more
Museums

ul. Piłsudskiego 12
/krakow/jozef-czapski-pavilion_145068v
Opened in 2016, this small modern building hidden behind the Hutten-Czapski Palace now comprises part of the National Museum's Czapski complex, along with the …
see more
Museums

ul. Pijarska 8
/krakow/czartoryski-museum-arsenal_80929v
Originally built in the mid-15th century, this space once stored the city's armoury, munitions, cannons and gunpowder. In the 1800s it was rebuilt and expanded …
see more
Museums

ul. Floriańska 41
/krakow/jan-matejko-house_17099v
Jan Matejko was Poland's greatest historical painter whose work and life is honoured in the house where he was born, lived and would eventually die in the …
see more
Museums

ul. Piłsudskiego 12
/krakow/hutten-czapski-museum_116205v
Located in a 19th century neo-Renaissance palace in the very centre of Kraków, this branch of the Kraków National Museum houses a comprehensive collection of …
see more
Museums

Pl. Sikorskiego 6
/krakow/stanislaw-wyspianski-museum_119946v
Located in a 17th century granary on formerly-forgotten Sikorski Square, this branch of the National Museum was opened in 2013 and houses the city's large …
see more