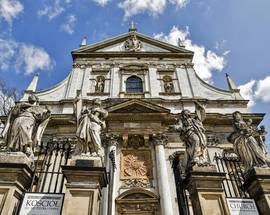 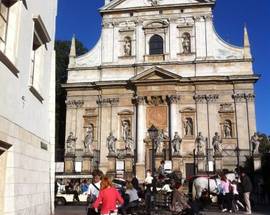 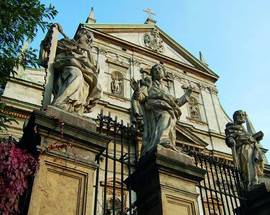 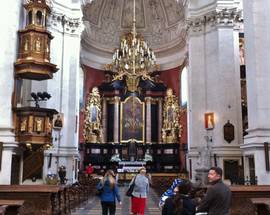 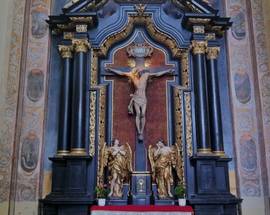 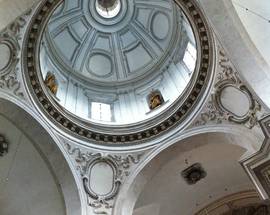 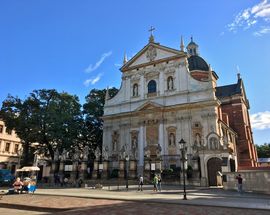 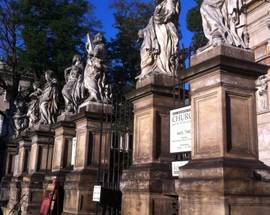 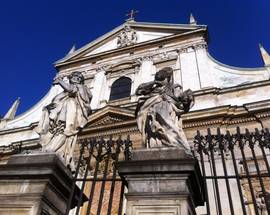 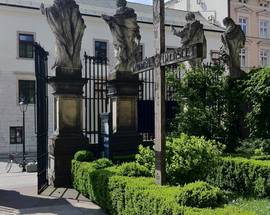 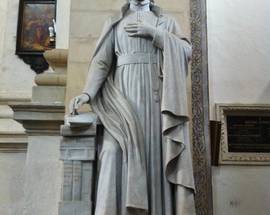 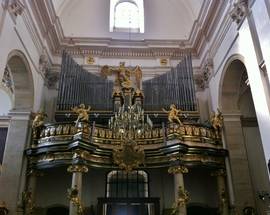 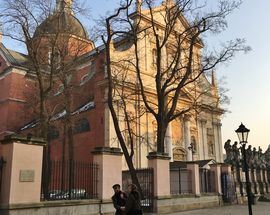 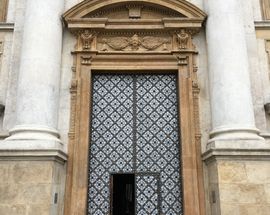 One of Kraków's most recognisable churches, premier Jesuit Church was built in the early 1600s, and its crypt serves as the new National Pantheon for Poles Distinguished in the Arts, Science and Culture (writer Sławomir Mrożek was the first interred here in September 2013, composer Krzysztof Penderecki the most recent in April 2020). The twelve apostles standing on the gates outside are the church's most striking feature, although the interior has been extensively renovated and the airy, austere grandeur of this late Renaissance building is very evident. Possessors of a 46.5m Foucault Pendulum - a device invented by French physicist Leon Foucault in 1851 which proves the earth's rotation, public demonstrations of its use are given every Thursday at 10:00, 11:00 and 12:00.