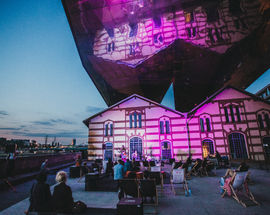 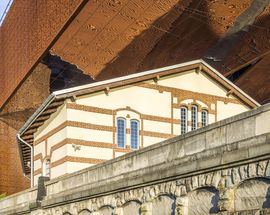 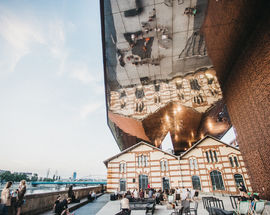 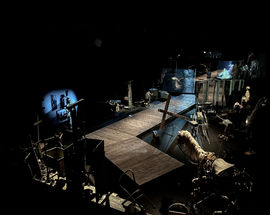 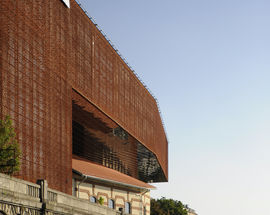 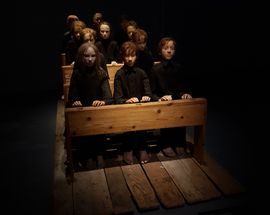 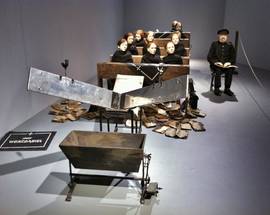 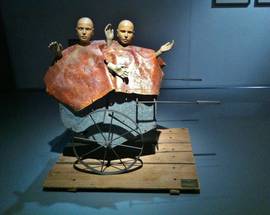 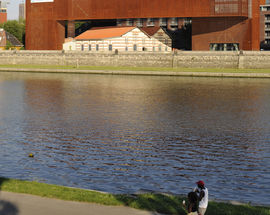 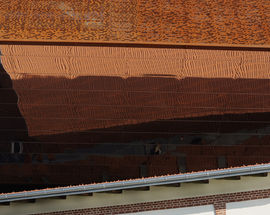 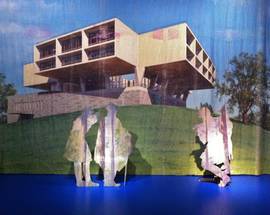 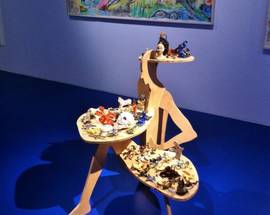 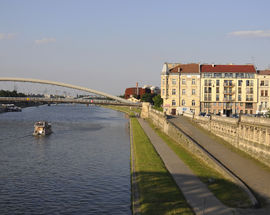 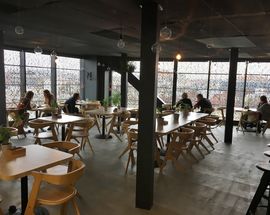 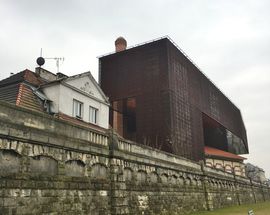 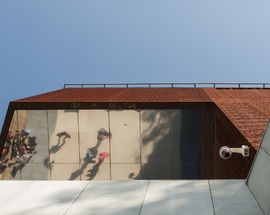 Tadeusz Kantor (1915-1990) was an avant-garde artist, theatre director, set designer and a major figure in 20th century theatre reform, known for his revolutionary theatre productions. In 1980 he created 'Cricoteka' as a 'living archive' to document the achievements of himself and his theatre company Cricot 2. In 2014, Cricoteka unveiled its new headquarters, with the aim of better presenting his work and its impact on modern art and theatre. Located on the site of the former Podgórze power station, the building itself is an apparent homage to his experimental approach, literally hovering above the existing buildings with a bizarre facade of rusted metal and black mirror. The multifunctional site seems to be almost 50% pointless stairs, but combined with the original buildings also hosts an exhibition space, archive, theatre hall and top-floor café; as a result, a large amount of its programme involves happenings, performances, workshops and other live events (check their website for those).

As a museum, it's difficult to recommend to those who aren't already familiar with Kantor, or fans of extremely alienating, experimental theatre. Temporary exhibits show art apparently inspired by Kantor's ideas, while the permanent exhibit (basically curated by Kantor himself) shows the evolution of his increasingly eccentric career via stage props he created (including lots of creepy mannequins) and video footage, all of which combine to create a sort of apocalyptic landscape. While seemingly limited information accompanies the displays, there are copious amounts of printed materials trying to explain his avant-garde philosophies. Whether it all resonates is purely a matter of personal taste, as public opinion is notably divided.

ul. Sienna 7/5
/krakow/tadeusz-kantor-gallery-studio_132367v
For Tadeusz Kantor fanatics exclusively, this small gallery right in the Old Town has been a part of Cricoteka since the 1980s. Afte
see more

18.03.2019
Chuck
Queens
I appreciate this building about as much as I appreciate Kantor's art...which is to say, not very much.
23.02.2017
Uncle Jerry
Krakow
Man, the 4th floor cafe is such a disappointment! That view is really unique and would be great if it weren''t covered up by the corrugated metal that covers the entire building. They couldn''t at least put some windows with unobstructed views in? Also, the coffee was terrible. Bummer.
Take your guide with you Download a pdf