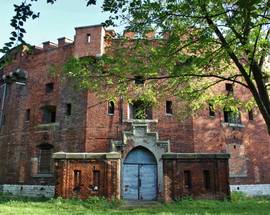 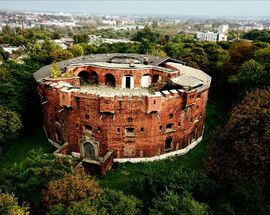 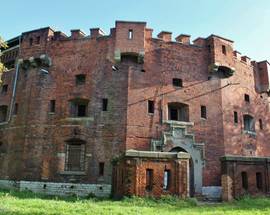 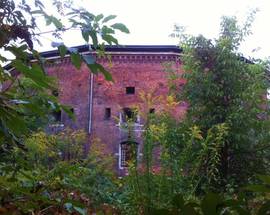 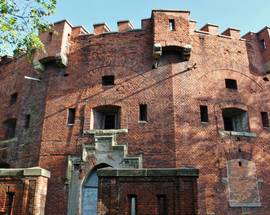 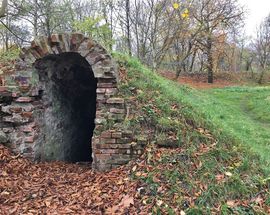 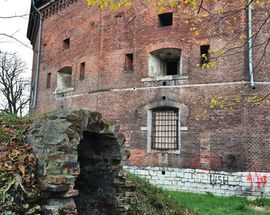 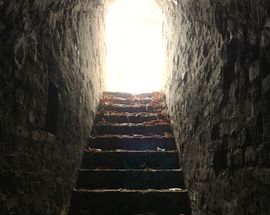 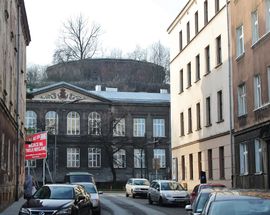 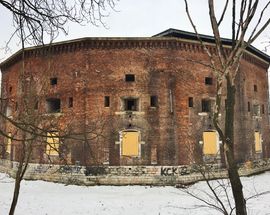 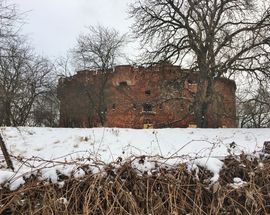 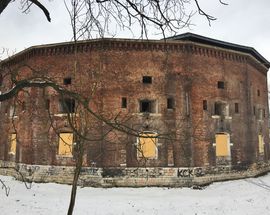 The only surviving fortress of three that were built in Podgórze in the mid-19th century to protect the Vistula River and the road to Lwów, Fort Benedict is one of only a few citadels of the 'Maximillion Tower' type left anywhere. An impressive two-storey brick artillery tower in the shape of a sixteen-sided polygon with a round interior yard, the fort has a total surface area of 1500 square metres. Atop the Krzemionki cliffs on Lasota Hill, it takes its name from nearby St. Benedict's Church. The fortress quickly lost its usefulness in the 1890s and has since been used as Austrian military barracks and was even converted into apartments in the 1950s, though today it lies in general dereliction, filled with abandoned furniture and building materials. After numerous projects involving the fort failed to develop, care of Fort Benedict has recently been transferred back to the city of Kraków, with plans for its renovation awaiting approval. At the moment, however, it remains impenetrable to tourists, adding to the scenery and mystique of one of Kraków's most surprising and strange corners.

Abandoned Kraków Tips & Insights
Things You Can Safely Do in Krakow During the Coronavirus Crisis Coronavirus in Poland
Kraków Podgórze: The Foothills of Memory Districts & Neighborhoods
see more

13.11.2017
Editor IYP
Krakow
Despite being surrounded by fencing, it is possible to get up close to Fort Benedict, though we''ve never heard of anyone getting inside. Beyond the fence you''ll also find a small underground bunker. Enter at your own risk.
07.07.2013
Tony

Nice information .:)
Take your guide with you Download a pdf