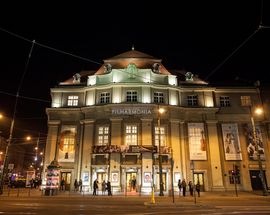 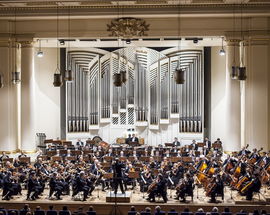 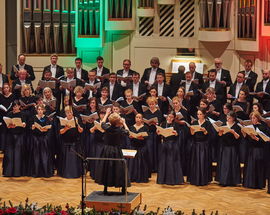 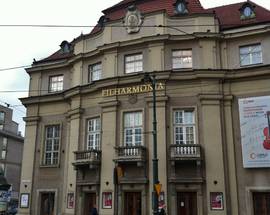 A symphony orchestra can be traced here to 1909, but the Kraków Philharmonic as it is today was born in 1945. The building, completed in 1931, borrows elements from Brussels' Maison du Peuple in its neo-baroque design and its concert hall is the largest in Kraków. The concert hall contains a magnificent organ by Johannes Klais-Orgelbau Bonn which was installed in 1996 to replace an older organ destroyed by fire in 1991. In addition to the concert hall the Philharmonic has two rooms for chamber music – the Golden Hall and the Blue Hall - and it was in the Blue Hall on the 15th of October 1938 that the young Karol Wojtyła, who was later to become Pope John Paul II, debuted as a poet.

Dear DCP,Last Saturday,20/11, I visited the concert in Uithoorn in the Netherlands. It was amazing to hear and see what young people can produce. I enjoyed the concert very much and I more than once had emotional tears in my eyes.Lost of respect!!!Dick
Take your guide with you Download a pdf