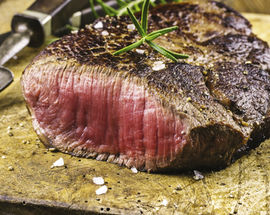 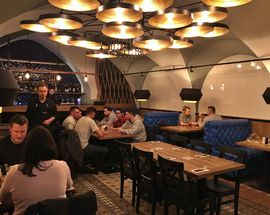 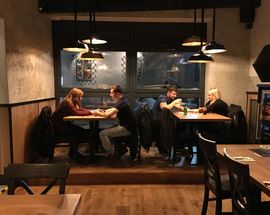 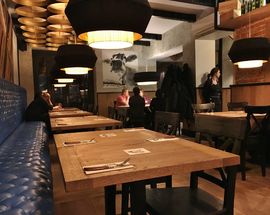 With an enviable location right on Mały Rynek, this modern steakhouse's classy comportment but casual atmosphere have made it a popular choice for dinner parties and dating couples. The steaks are tender and juicy - black on the outside and pink in the middle, but note that sides and sauces are extra, making their large burgers the consumers' consensus for best value. Served on oblong buns and conveniently cut in half, it's easy to swap halves and share, but we'll just tell you right now - the MooMoo burger with camembert, pear and caramelised onion is the best in the house. If you're not a shameless carnivore, opt for the seafood salad and a glass of red wine, and don't be afraid to ask for a recommendation - the selection is so vast it even includes an 'orange wine' among its almost one hundred vintages. Open relatively late, and there's a also second location at ul. Św. Krzyża 15.