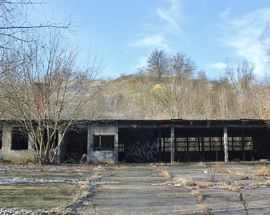 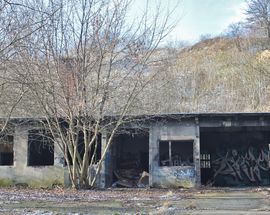 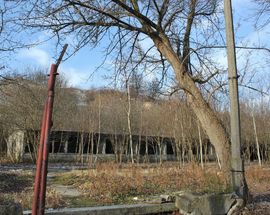 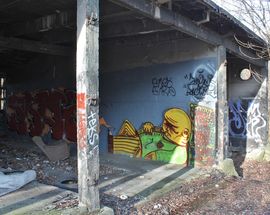 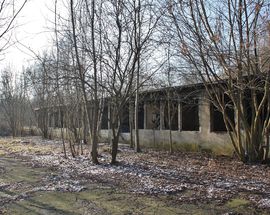 Upon the approach to the camp down ul. Jerozolimska, one encounters new apartment blocks and then older residential buildings along the left side of the road, before several long ruins appear along the right side. These creepy crumbling buildings, located just outside the official territory of the camp, were sorting stations and storehouses for clothing, cargo and confiscated possessions of the prisoners who arrived to KL Płaszów by train - the tracks of which ran right past here between the road and the ruins to terminate inside the camp. Just beyond the ruins you’ll find the ominous sign which announces you have arrived at the territory of the camp, and more or less marks the main entrance gate of the camp. It was through this gate that those ‘saved’ from the liquidation of the ghetto in March 1943 entered the camp, as did all subsequent transports of new prisoners to KL Płaszów.