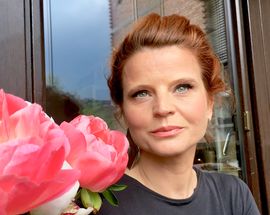 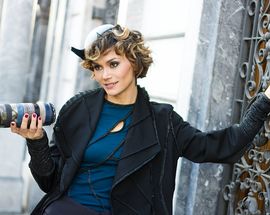 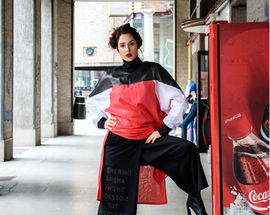 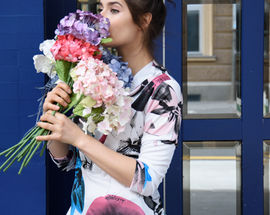 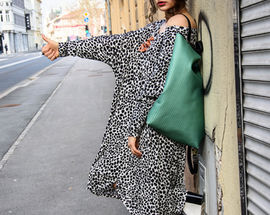 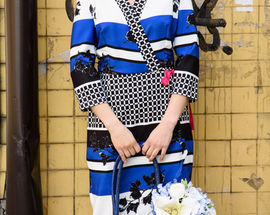 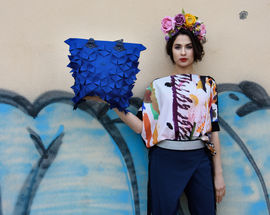 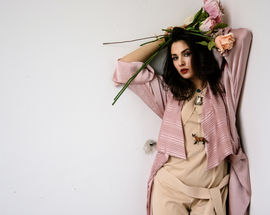 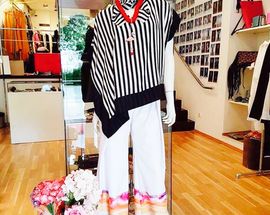 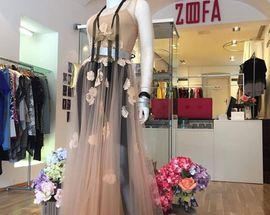 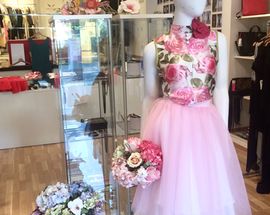 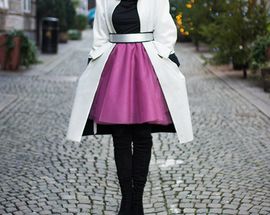 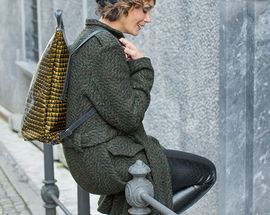 Born in Kranj in 1976, the Ljubljana-based designer Editta Zelolepo studied fashion and textile design at the University of Natural Science in Ljubljana before starting a career designing a range of fashion accessories including handbags, belts and wallets. Sixteen years ago she set up the Zelolepo (a local word translating as ‘very nice’) brand, where she continues to design unique, custom-made pieces motivated by a philosophy based around a personal relationship with her clients in which, so she tells us, “they don’t just order a bag, they get a whole package, a story which is written only for them.” Editta maintains a studio in Ljubljana’s ZOOFA designer shop where she also works as its Manager. Fascinated to learn more about ZOOFA’s utopian-like business vision and Zelolepo’s role within it, we asked Editta to put down her scissors for few minutes and tell us more.

How did Zoofa come about and what’s its philosophy?
ZOOFA is a cooperative of designers. Three years ago a group of us felt we needed to do something about the unsatisfactory situation within the Slovenian designer market. We were fed up doing business deals with other shop owners with their extremely high commission rates and a whole host of other negative factors. So, we established a cooperative, agreed on some rules and terms and opened a designer shop in the centre of Ljubljana. ZOOFA is a very special shop, because we do all of our business based on fair trade. Each day a different designer works in the shop, which we believe is a big advantage for both the designers and their clients.

ZOOFA’s an unusual name. What does it mean?
ZOOFA stands for z.o.o. (the local abbreviation for a cooperative) plus Fashion and Art. It also has a second meaning as a sofa. A sofa is an element in the living room where you hang out with your friends and family, and you feel very relaxed, happy, playful and very domestic in that environment. We wanted to create that kind of atmosphere here in the shop.

Does the coop model work?
For now it works. We all share the responsibilities. Every designer and/or member of the cooperative concentrates on one particular field related to running a business. There are so many different areas to be taken care of, such as general paperwork, monthly sales reports, marketing, social media, looking after for the shop etc. Nothing creative, but we do it because we want to have control over our shop by ourselves. That’s why we don’t employ people in sales. For example, my field of expertise is taking care of the shop, because I’m the only designer who has studio here and it’s convenient that I take care of the shop on a daily basis, solving problems on the spot, checking that we do business by the book etc. In our cooperative every member has their own voice and is also an owner of it. We have a president and board members and have regular meetings once a month where we discuss and solve problems or suggest ideas and improvements. The studio where I work and design is here in the shop, which is interesting for people because they can actually see how the designs are made.

Who are the young Slovenian designers to look out for in the future?
I would definitely recommend keeping an eye out for our new member Janja Vidic, and a designer we host in June, Julia Kaja Hrovat. Other names and brands worth mentioning include M. Fiction, Katarina Kimovec, Ana Stucin, Deni Pregelj, David Bacali, Sari Valenci and Timotej Bistan.

Where do you see ZOOFA in five years?
I’d like to see the cooperative in a bigger shop with Slovene designers who work professionally in the field of fashion design, and I’d also like to see us cooperate with foreign designers from all over the world. We’re slowly taking baby steps towards this goal.

Slovenia’s a small country. Why should people visit?
Slovenia lies in a perfect geographical location and I’d dare to claim that there are a lot of positive energetic spots of Mother Earth in the country. We have a most beautiful landscape of mountains, lakes, woods, old cities, countryside. It’s like watching a movie. Also our tiny stretch of coastline is also very magnetic and energising. In terms of criminality, we are the safest country around.

MIKLOŠIČEVA 4
/ljubljana/zoofa_145365v
Located on the west bank of the Ljubljanica River, Zoofa is a cooperative of local designers and craftspeople, with a selection of women’s clothing and …
see more