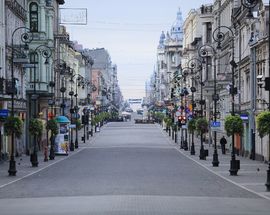 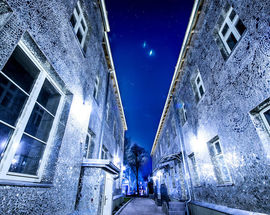 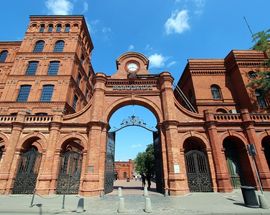 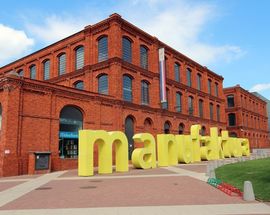 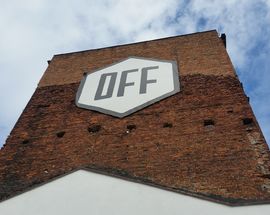 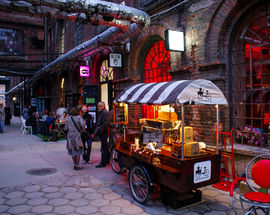 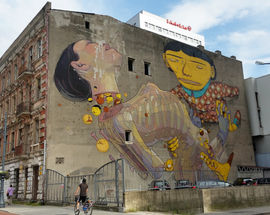 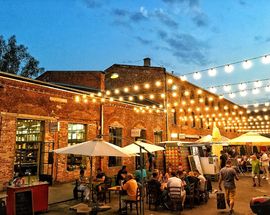 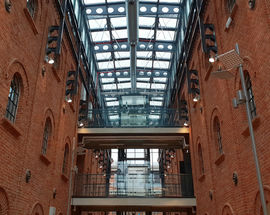 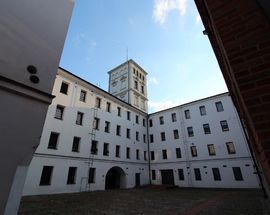 Most trips to Łódź will either start, end or focus on one street in particular: ulica Piotrkowska. Measuring a little under five kilometres, it ranks as Europe’s longest pedestrian street and is lined with restaurants, beer gardens, hot-dog stands, and a mix of Neo-Renaissance and Art Nouveau buildings; some in chronic disrepair, others restored to their former glory. Starting at the Tadeusz Kościuszko statue the street stretches southwards with crews of all-year-round rickshaws (7zł from end to end) spiriting travellers to the destination of choice.

It may seem unlikely but Łódź is also Poland’s answer to Tinseltown. Having produced directors like Wajda, Polański and Kieślowski the Polish Hollywood has made an undeniable impact on world cinema. Opened in 1986 and housed inside Karol Scheibler’s extraordinary 19th-century palace, the Museum of Cinematography is essentially two unique attractions in one. The museum itself offers an extremely well-presented history of Polish cinema and takes plenty of hats off to the multitude of Polish film greats who studied in the city before going on to greater things, as well as numerous changing exhibitions. This is the only museum of its kind in Poland, and a rewarding experience for fans of Polish cinema.

The industrialist Łódz is most famous for however is none other than Izrael Poznański, and his palace is now home to the Museum of the City of Łódź – an unmissable chase through the history of the city, as well as a medley of items and artworks that once belonged to Poznański. His factory has since been developed into the Manufaktura shopping and leisure complex, and it’s here you’ll find the official museum of the site - Museum of the Factory.

Poznański was Jewish by birth and you can visit his fearsome mausoleum (the biggest Jewish tomb in the world) at Europe’s largest Jewish cemetery. Founded in 1892 visitors can view over 180,000 tombs. Łódź is famous for its Jewish heritage, though this was all but wiped out in WWII when the city became the home of the notorious Litzmannstadt Ghetto. Over 230,000 Jews were confined here, with over 200,000 eventually transferred to death camps. Jews were transferred to gas chambers from Radegast Station, and today visitors can view three cattle trucks that have since been preserved.

But the suffering was by no means exclusive to Jews, as a visit to Radogoszcz Prison proves. Formerly a factory this brick building was transformed by the Nazis into a prison holding Polish socialists and intelligentsia. The exhibition offers a disturbing look at life under occupation, as does the Museum of the Tradition of Independence. A visit to this former tsarist prison offers a chronological journey through the misfortunes Łódź has suffered while being under the control of Imperial Russia, Nazi Germany and the Soviet Union.

If you wish to experience a more interactive museum, the former power station turned cultural centre EC1 houses the planetarium and science and technology centre. If, however, you’re a bit exhausted after all these museum visits head to OFF Piotrkowska to unwind. This is yet another Post-Industrial enclave of former factory buildings that have been converted to bars, restaurants and cafes. Unlike Manufaktura, OFF is decidedly more alternative and plays host to many of the city’s more cutting edge festivals, fairs and concerts.

ul. Piotrkowska 3
EDITOR'S PICK
/lodz/rozas-passage_152556v
Walking through the courtyard from Piotrkowska 3 (or from ul. Zachodnia 56) really highlights how such a simple idea can have a big impact. Róża's Passage …
see more
Editor's pick
Hollyłódź

ul. Targowa 1/3
EDITOR'S PICK
/lodz/ec1_105453v
The second stage of one of the most monumental architectural, industrial, scientific and cultural structures in all of Europe is now complete. The building is …
see more
Editor's pick
Cultural Centres

ul. Tymienieckiego 3
/lodz/art-factory_157601v
This is a cultural centre that packs a punch. Not only is it a former industrial site, once part of Karol Scheibler's Księży Młyn complex (yes, it was that …
see more
Museums

ul. Piotrkowska 282
/lodz/central-museum-of-textiles-in-lodz_20755v
To understand exactly what Łódź is all about, and to really get under the city’s skin, a visit to the Textile Museum is a good place to start. Although …
see more
Essential Łódź

ul. Tymienieckiego 25A
/lodz/ksiezy-mlyn-herbst-palace_157882v
Księży Młyn (Priest's Mill) was first mentioned in 1484 in reference to a mill built on the Jasien River in 1387. The original complex was burnt to the ground …
see more
Places of Interest

ul. Drewnowska 58
EDITOR'S PICK
/lodz/manufaktura_144205v
The Manufaktura complex today is the direct result of Poland’s largest renovation project since the reconstruction of Warsaw’s Old Town in the 1950s (something …
see more
Editor's pick