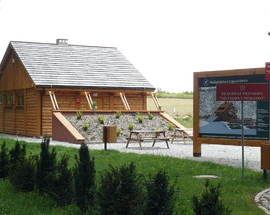 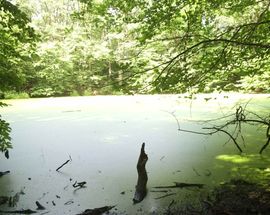 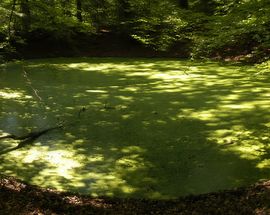 Some 10,000 years ago, the unsuspecting inhabitants of the forests north of what is now Poznań were in for a nasty surprise when several chunks of white-hot rocks slammed into the earth at high speed. Forgotten in the years that followed, the Morasko meteor craters were only rediscovered in 1914, when soldiers who were digging trenches during World War I came across a 77kg lump of meteorite. In total, several chunks (containing 90 per cent iron) totalling 255kg have been found at the site, often by farmers. When the disintegrating Morasko meteorite came crashing from the cosmos, the impact created eight large craters, of which seven remain today (one having been destroyed by ploughing). The meteorites came from the northeast, as the crater rims are highest to the south and southwest, allegedly as part of a Perseid meteor shower linked with the wonderfully named comet ‘Swift Tuttle’. After 10,000 years of erosion, the largest crater is still 100m wide and 13m deep.

Since 1976 the area has been protected as a nature reserve and is today easily accessible from Poznań. For your slice of intergalactic drama take tram number 12, 14 or 15 from ul. Roosevelta to the terminus at Os. Jana Sobieskiego, and then follow the bicycle route which goes under the railway and northwest towards Morasko forest. You can also get off the tram one stop earlier at Szymanowskiego, and change to bus number 88, which goes to Morasko village every 40 minutes. The craters are 600m from Morasko and 4km from the tram terminus and the surrounding beech forest is also home to numerous endangered plants.