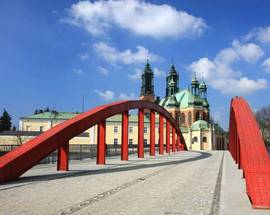 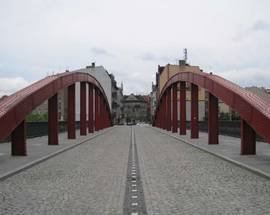 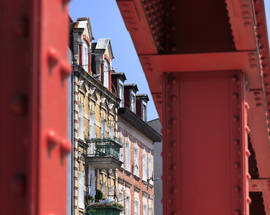 The red steel span that arches over the Cybina from Ostrów Tumski to the district of Śródka is known as the Jordan Bridge, so named for the first Bishop of Poznań in the 10th century. While the bridge itself isn’t especially noteworthy – though it does offer some pretty views of the Cathedral – it’s what hangs off it that will catch your eye. Covered in padlocks, many engraved with the names of lovers, the legend behind this particular tradition is remarkably modern. In 1992 Federico Moccia published a love story entitled Tre metri sopra il cielo, which told the story of two young Italian lovers who seal their everlasting love by attaching a padlock to Rome’s Ponte Milvio and throw the key into the Tiber River below, thus binding the pair to each other forever. While pure treacle, the book spawned a film, as well as ‘Love Bridges’ all over the world. As you can see, Poz is no different and the riverbed is probably on the rise thanks to the accumulation of hundreds of small padlock keys below.