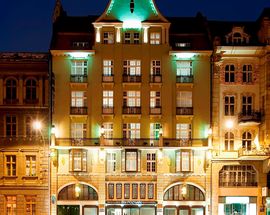 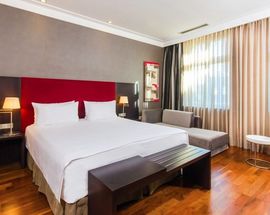 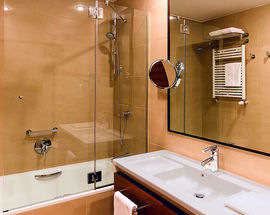 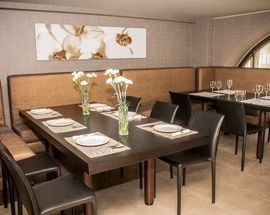 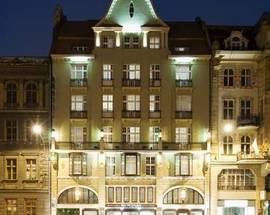 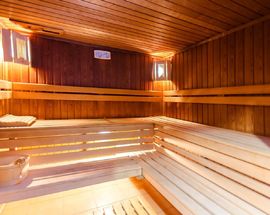 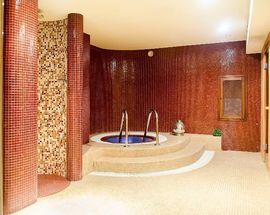 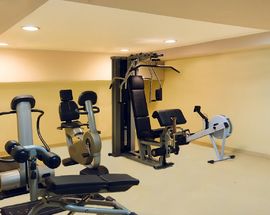 Radiohead apparently deigned to lodge here, and if it’s good enough for them, it’s good enough for you. Justifying the slightly steep prices are a meticulously restored 19th century frontage beyond which lies a highly modern hotel that would win five stars if it was left in the hands of this independent judge. Check-in is conducted by black-clad staff dressed in Bond villain attire, while rooms score points for a less-is-more style, rich colours, hardwood floors and generous, puffy beds. Located right in the centre, facilities include wi-fi throughout, six conference rooms, a spa and fitness centre and in-house restaurant - need something more?

I thought this was a great hotel for the very low off season rate I paid. It’s located on one of Poznan’s main streets Swiety Marcin. The Zamek cultural centre - which includes the 1956 Uprising Museum - is situated almost opposite and it was a 10 minute stroll to the old town square Stary Rynek .I arrived by plane with just hand luggage and found the cheapest way to reach the hotel was to take the airport bus number 59 which dropped me off just before a big roundabout called Rondo Kaponiera. From there it took me about 10 minutes to walk to the hotel through an underpass and then over the railway bridge onto Swiety Marcin street. The NH Hotel was 100m along on the right. I declined the hotel’s €17 breakfast and took my chances in one of the numerous cafes nearby. I also found some great little cellar pubs situated behind the hotel selling half-litre of Lech lager for only 5 zloty average prices around town seemed to be 8-10 zloty . Academic pub at Taczaka 11 was my own favourite having a comfortable smoking room at the back and a clientele that consisted mostly of friendly students keen to practice their English and who made me feel very welcome. Just bear in mind that I visited the hotel in early December and got a very good rate which provided great value for money for such a high standard of accommodation. Landing a similar bargain during one of Poznan’s numerous year round trade fairs may prove difficult and if you’re paying two or three times what I did you’re unlikely to be as impressed.
23.12.2008
Jeroen

Unjustifiably expensive, cold rooms &amp; bathrooms, inadequate water pressure for a decent shower, service items (faulty lights) ignored despite notification, not enough staff at the checkout desk on a Friday morning.
Take your guide with you Download a pdf