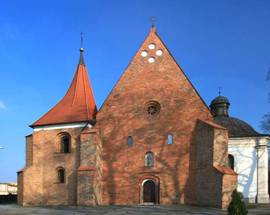 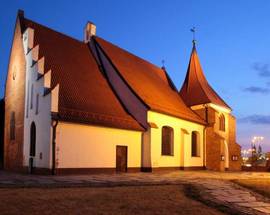 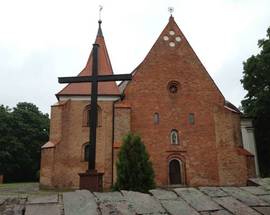 'Outside the wall'? A strange but accurate name that refers to St. John’s location outside the medieval defensive wall that once surrounded the city. This is the oldest standing church in Poznań and the city's second-oldest building after the Cathedral. It was built for the Knights of Malta at the turn of the 12th century in the Romanesque style, with the nave and presbytery in a Venedic arrangement. After a fire in 1512 a star-vaulted ceiling was built over the nave, and a nave and tower were added to the north side. Age aside, the building's main draw is a rare Late Gothic triptych from the early 16th century and its location on the shores of Lake Malta. Visiting the interior is only possible 30 minutes before mass, which takes place at 7:30 and 18:30 daily.

Open during mass only for individuals, and by prior arrangement for groups.