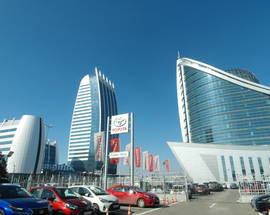 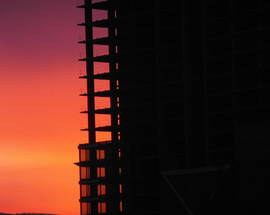 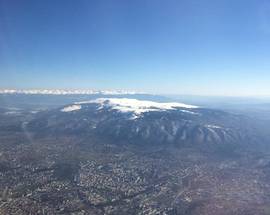 Bulgaria shares borders with Romania to the north, Serbia and North Macedonia to the west and Greece and Turkey to the south. There are relatively good road connections between the neighbours and bus and car are popular means of travel especially during the summer months.
You can get to Sofia by air with direct flights from many cities in Europe, the number of budget flights having increased considerably in recent years. Sofia airport has 2 terminals. Other airports used for international flights include Plovdiv, Burgas and Varna.

Direct flights from other European cities to Sofia are on the increase and the boom in budget airlines such as wizz air, easy jet and Ryan Air means that not only has Sofia's popularity as a short break destination  increased noticeably, but also more and more local residents are taking advantage of exploring the world.
Via nearby Istanbul (Turkish Airlines) many destinations around the world are within easy reach. Same goes for travelling with Qatar airways via Doha or of course Lufthansa via Frankfurt / Munich or Austrian via Vienna. The national carrier is Bulgaria air and although the fleet is getting old and the service has never been great - there are a couple of exceptions in their favour: You still get food on their flights and passengers with small children automatically get priority assistance.
The airport serves as the home base for BH Air, Bulgaria Air, and Bulgarian Air Charter and as a base for both Ryanair and Wizz Air
Cringe factor: You might be surprised to notice that Bulgarians tend to clap enthusiastically as soon as the plane has touched down - but not yet stopped!

International trains go from here to Greece, Serbia, Romania and beyond. They tend to move very slowly, though a 'fast' train to Thessaloniki in Greece has been introduced which takes about 5 hours (you can drive it in less!).

There are several locations within the city where buses arrive and depart from but the main bus station you are likely to use is the central one, next to the station.

Border Crossings
These are the main border-crossing points into and out of Bulgaria by road.
Kulata – Greece 177km to Sofia E79
Kalotina – Serbia 57km to Sofia E80
Guyeshevo – North Macedonia 106km to Sofia E871
Kapitan Andreevo – Turkey 319 km to Sofia E80
Vidin (203km) Rousse, or Silistra (461 km) - Romania
Don’t expect the border police and customs officers to speak any foreign language on either side of the border. Getting through should not be a painful experience though it may sometimes be slow if you arrive during coffee or lunch breaks. Allow a minimum of one hour to clear both checkpoints. Don’t forget you will need a vignette (road tax) for Bulgaria.
Also bear in mind that there are many speed traps on the main roads into Bulgaria, be careful to stick to speed limits and should you get caught refrain from attempting to bribe the officer. This used to be a sure way of getting away with traffic offences in the 'good old days', but it is gradually being faded out and could backfire.
Depending on your previous driving experience, driving in Bulgaria may seem a little harrowing at first. There is, however, no need to feel daunted as long as one drives defensively and sticks to the rules. Many local drivers can be arrogant and aggressive, best try to avoid confrontation.
Speed limits for cars are:
50km/h (30 mph) within the city,
90km/h (55mph) outside cities, and 130 km/h (80mph) on motorways, unless indicated otherwise.
Driving Licence
Visitors to Bulgaria may drive using their national license, as long as it complies with international standards. It is advisable, however, to carry an international license. Legislation is now in place to make fining and the withdrawal of licenses of all EU citizens possible. If you are settling long term with residency status in Bulgaria, you may have to exchange your license for a local one or in some cases even sit the test.

The municipality now has three tourist information centres, in key locations where it hands out free maps and brochures depending on availability.They can also recommend and arrange trips or tour guides for you, alternatively join the Free Sofia Tour to get your bearings.