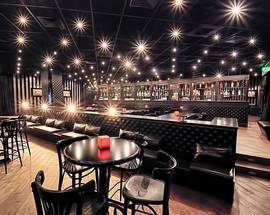 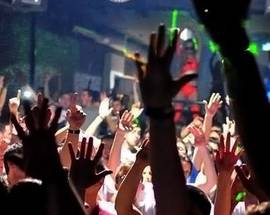 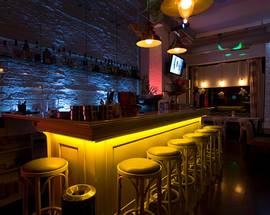 There's a good selection of dance clubs in Sofia, offering everything from the local 'pop folk' to retro nights, electronic music and rock. Heavy metal enjoys huge popularity among the local population.

There is a growing live stage at bigger venues, where all kinds of foreign artists have concerts (mainly pop, rock and techno).

Sofia's nightclubs carry on throughout the night, finishing in time for you to go and get breakfast, so if this is what makes you tick you won't run out of things to do in Sofia. In fact there is now a growing trend in after club bars so you can get your early morning kick.

Dance bars and clubs are mostly flash and sleek, with the prevailing music styles being techno, house, disco, retro and pop. The local kitsch - Pop Folk (or аs Bulgarians call it, Chalga) is a blend of Balkan folk style with in-your-face sexuality - almost naked singers and girls on the stages (and on the tables) in expensively designed nightclubs for excess partying.

ul. Gen.Yosif V.Gurko 9
featured
/sofia/ciccione-panini-bar-bakery_142286v
This is the kind of place that everyone would like on their doorstep - great to pop in at any time day of the day, whether it is morning coffee and fresh …
see more
Featured
Mediterranean Cuisine in Sofia

ul.General Parensov 13
featured
/sofia/v-bar_149814v
V bar opened at the beginning of 2017 and so far impresses with both service and it's tasty cuisine. The cocktail bar area is on the ground floor and does some …
see more
Featured
Bars in Sofia

ul. Georgi Rakovski 166
featured
/sofia/by-the-way_114664v
Massively popular bar for people who wear suits by day and surf and snowboard all summer. Centrally located, By the Way is equally good for morning coffee and …
see more
Featured
Nightclubs in Sofia

pl. Bulgaria 1, NDK underpass
featured
/sofia/sofia-live-club_88968v
One of the most happening places in Sofia, Sofia Live Club is a large spacious venue with a different band every night, playing anything from jazz and blues to …
see more
Featured
<< < 1 2 3 4 5 6 7 > >>