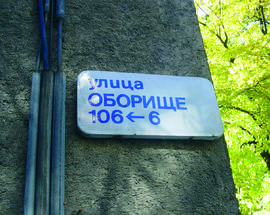 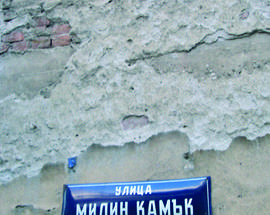 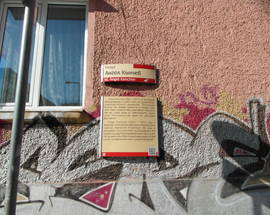 What the Street Names Mean

There are several areas in Sofia with a cluster of names from similar historical periods, or which are related in some way.

In the Doctors Garden area, close to Sofia University, street names are mostly related to the National Revival period and Bulgaria’s fight to free itself from the Turkish yoke. Veliko Turnovo St. is named after the town where the first constitution was adopted; Shipka St. after the Shipka Pass battle; Oborishte St. after the place where the plan was hatched for the 1876 April Uprising; San Stefano St. after the San Stefano Peace Treaty, which gave Bulgaria enormous territories and was swiftly revoked by Treaty of Berlin; Vassil Aprilov is named after the philanthropist who built the first school teaching Bulgarian language. It is no coincidence that this area is right next to Sofia University.

In the Iztok (East) and Izgrev (Sunrise) districts, which housed the country’s elite in communist times, the streets are all named after outstanding scholars, mostly in the cultural sphere: the Russian writers Gogol and Chekhov; the Ukrainian poet Taras Shevchenko; Bulgarian writers Dimcho Debelyanov and Atanas Dalchev, but also Western figures such as Eugene Poitier and Frederic Joliot-Curie and, curiously, the Soviet astronaut Yuri Gagarin.

Around Tsar Ivan Assen II St there is a row of parallel streets named after freedom fighters from the period of Ottoman rule: Chavdar Voivoda; Ivats Voivoda; Manush Voivoda; Boicho Voivoda, Strahil Voivoda. The word voivoda means warrior or leader into battle. These were the legendary haiduti, who lived high in the mountains with their armed bands, attacking and robbing the rich Turkish merchants and organising the uprisings that every Bulgarian schoolchild learns about.

In the block between Georgi Sofiiski St. and Pencho Slaveikov Blvd. the streets are named after foreigners who took an inordinate interest in Bulgaria: the chroniclers Ami Boue, Felix Kanitz and Konstantin Jirechek who wrote a lot about Ottoman Bulgaria; the Russian linguist Viktor Grigorovich who uncovered the destruction of original Bulgarian religious texts by Greeks in the Mount Athos monasteries.

In the related features we look in more detail at some of Sofia’s more prominent streets.