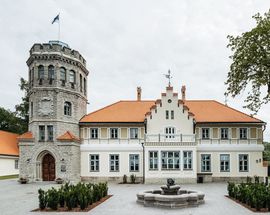 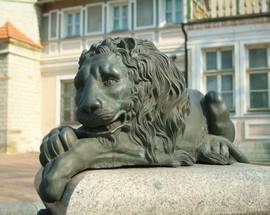 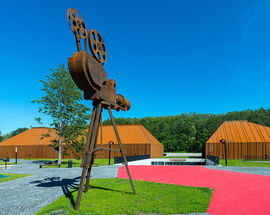 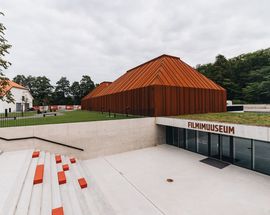 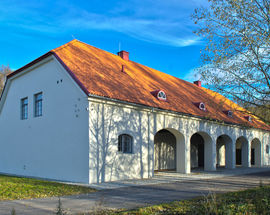 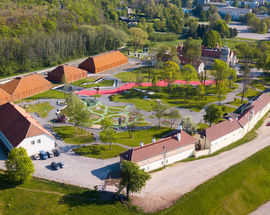 Maarjamäe Palace is the most well-preserved, summer manor complex in Tallinn today. Built in 1874 and commissioned by Count Anatoly Orlov-Davydov from St. Petersburg, it has played many different roles during its long history. This palace has housed a posh restaurant and hotel, an Aviation School of the Republic of Estonia as well as the Soviet army, before being given new life as a museum in 1987. The permanent exhibition 'My Free Country' takes visitors on a 100-year journey, from the birth of the Republic of Estonia to modern day. Part of the Estonian History Museum, the Estonian Film Museum houses a permanent exhibition entitled 'Take ONE'. The exhibition looks at the filmmaking process and lets you in on the secrets of filmmaking and filmmakers. Over the last decade, the museum has been collecting monuments from the Soviet period with the intention of making an outdoor exhibition that presents a specific period of local history. This exhibition is displayed behind Maarjamäe Palace and forms one part of the museum’s new park. The historic Maarjamäe Stables building is a venue for exhibitions.