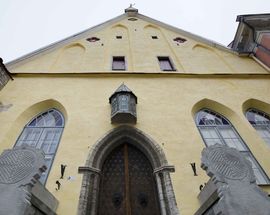 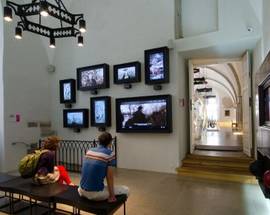 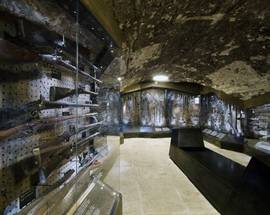 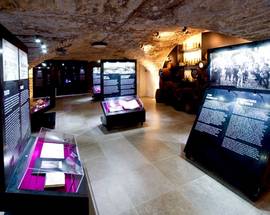 Housed in the Great Guild Hall, this newly renovated museum's permanent exhibition, entitled 'Spirit of Survival', covers 11,000 years of Estonia's history with interactive displays and text in Estonian and English (audio-guides available in Russian and English). The building, built 1407 - 1410, is significant as the home of Tallinn's union of wealthy merchants and is a sight worth visiting in its own right. As part of the renovations, several formal rooms and cellars have now been opened to the public for the first time. Next to the museum, follow the Börsi Passage where Estonia's history is set in the stone path (when it's not covered in snow), from the pre-history, through the present-day. The exhibition 'I love you, Georg Ots' is on display until May 31. The famous singer and actor Georg Ots (1920-1975) was adored for his talent and charm. He was highly regarded in Estonia, as well as in Russia and Finland. The exhibition looks at the actor's life and work through the eyes of his admirers and aims to unravel the meaning of Georg Ots for his contemporaries and his place in Estonian culture.

Pirita tee 56
featured
/tallinn/estonian-history-museum-maarjamae-history-centre_7026v
Maarjamäe Palace is the most well-preserved, summer manor complex in Tallinn today. Built in 1874 and commissioned by Count Anatoly Orlov-Davydov from St. Petersburg, it has played many different roles during its long history. This pa
see more
Featured

Müürivahe 12
featured
/tallinn/estonian-theatre-and-music-museum_7009v
After extensive renovations, the Estonian Theatre and Music Museum is open with a permanent exhibition ‘Stories and Songs’. Stories and songs play an important role in every culture; they unite people and preserve our history. The museum tells the story
see more
Featured